Let’s take a good look at this painting of Mary Queen of Scots with John Knox, who was one of those Protestants who used the pulpit to call for war against Catholics.

Mary is said to have lived from 1552-87, though I’m certain she lived longer than that. There is one book called ‘the Queen’s Daughters’ that suggests Mary walked to Rome in disguise accompanied by religious clergy and she lived out her life inside of an Abbey.  It would not surprise me if that Abbey were in the Louisiana Territory.  Over a thousand men in England had already lined up to receive a commission from Queen Elizabeth to assassinate Mary.  Elizabeth and Walsingham’s spies were all over France, bumbling incompetents that they were.

The migration to Louisiana begins in earnest at the time of Queen Mary, and if she did end up in Louisiana, it would be interesting to know where.  One of the possible places would be St. Martinville, Louisiana.  But the most likely place at that time is in what we now call Canada, the northern section of the Louisiana Territory.

The dress of the man on the right side of the painting above indicates that he is a Jewish scholar or Rabbi. Perhaps with the façade of a Protestant, the book in his hand might be the Talmud, his religious book that instructs the Jews on how to kill and harass Christian people. If the book is not the Talmud, then it could be the Talmudic translation of the Bible that the Protestants were tricked into promoting.  The Jewish God is defined in their religion as the Rabbi himself.  The Rabbi, as God in person, rewards them for trickery, according to the teachings of the Talmud.

The lady on the right in purple is the last Catholic Queen in Europe, Mary de Guise. She was supposed to have been beheaded, but it was discovered that a brave imposter had taken her place in order to save the young Queen’s life. The severed head was wearing a wig made from Mary’s red hair. The political party called the Whigs may have chosen their name based on this event, which was a great misfortune for Queen Elizabeth I and Walsingham.

Under the fake imprisoned Queen, a number of phony land grants had been self-granted by Mary’s distant illegitimate Protestant and part-Jewish relatives.  They could not let it be known that the primarily fraudulent grants to Louisiana land had been further de-legitimized by being made under an imposter Queen. It appears that all these fraudulent land grants were in the mountainous territory of Nova Scotia, Canada maybe also the Appalachians.  The name of the recipients was Williams, and I do believe that this is the source of the name ‘Hill Billy’. It can be noted here that during the era of Prohibition of Alcohol, bootlegged liquor poured into the United States from the hills of Canada and the Appalachians, along with the gangsters that controlled the illegal trade through gangland violence.

The book in the man’s hand is the type of book that Catholic priests and other Christians would burn when they could, because it taught the genocide of Christians.  The Talmudic religion has an end times scenario whereby the Jewish Messiah cannot arrive until all the Christians are dead, except for about 400,000 who are to be the workers and sex slaves who will produce soldiers.

This is why many towns in the Middle Ages had to expel the Jews. Their religious teachings are not compatible with ours, since their religion can only be fulfilled with our death.  This might not be a problem if it weren’t for the mob cooperation of the Protestant hordes.  This is why people should value their own religion and seclude themselves from those who don’t have the same beliefs.  This is why Jesus established a Church.  Didn’t he demonstrate to us clearly what they do to people like Him?

What other people are like Jesus in appearance and behavior if not ourselves here in America and the European natives?  Take a good look at this wonderful portrait of Jesus from the Basilica at Constantinople and then look at all the white young men around you and ask yourself if they are not Jesus walking the earth today. 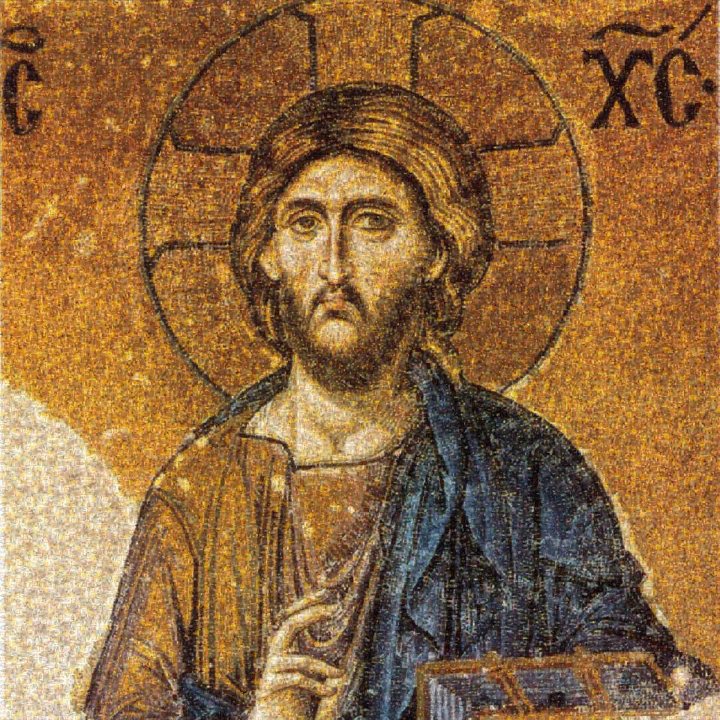 Now take a very good look at the faces below: 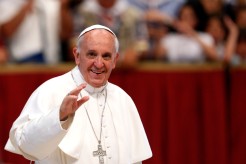 Pope Francis waves to faithful as he arrives at the end of a Mass celebrated by Brescia’s Bishop Luciano Monari, not pictured, in St. Peter’s Basilica at the Vatican, Saturday, June 22, 2013. (AP Photo/Riccardo De Luca) 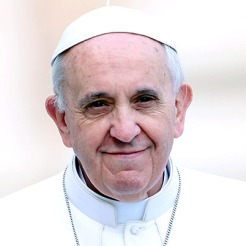 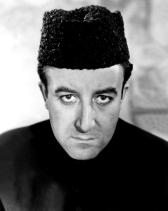 Peter Sellers, 1960: The selling of St. Peters in Rome was complete when he became Pope.

Here he is as Jonathan Pryce, the price for become of Pope is what? 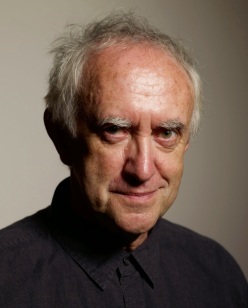 Who came up with the idea that our military has to ‘sacrificed’, if not our Jewish military leaders?  Our soldiers are supposed to be victorious, nothing else.  The enemy is supposed to sacrificed.

There is a set of Jewish literature at any local library, but the footnotes in recent editions state that certain sections have been removed because they don’t translate well into English.  If you want to find out what those missing sections are, look into the research of Michael Hoffman.  It is important to note that the present version of radical Islam is an exact copy of the Talmudic Religion.

One thought on “Imposters”