I just listened to a speech made by Putin where he scolds journalists for reporting lies and half truths, asking them to speak to the ‘relevant people’ in American government and to lead them away from  the wrongness of  an ‘Imperialist attitude’. Interesting how Putin uses the term ‘relevant people’. Am I the only one feeling like the majority of Americans are not ‘relevant people’ in the minds of anyone, other than to be used as Janissaries and taxpayers?

The people who have control of key positions in our government will not be ‘talked out of’ their goal of world domination or genocide of white people.  How else could mentally deficient in-breds achieve world dominance unless they kill everyone who is smarter than they are?

Surely Putin realizes the irony of expecting our enemies, which is our government, to ever act in the interest of the American people, those of us who aren’t gay, black, mentally retarded, foreign or Jew? America’s heartland is dismissed as ‘fly-over’ territory to these dual citizen imposters and foreign usurpers.

A flat earth map reveals clearly that Russia, Canada and America’s heartland are all one giant connected continent. Russian, Canadian and American and Catholic Latinos of the heartland could all unite without ever crossing an ocean or flying over anyone else’s territory.

They are censoring the flat earth maps in schools and youtube, but you can see it on the wall behind every UN speaker. 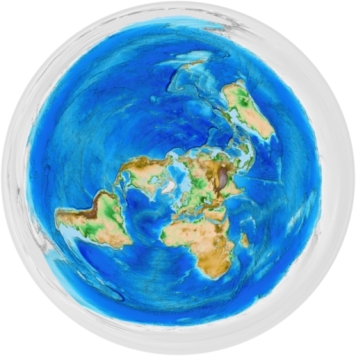 The Jews are trying to ship African ‘migrants’ over to the Mongolian regions on the border of Russia which is not far from America or Canada in terms of missiles, as you will notice on this map.  Much of it is cold, but much of it is also rich and very beautiful.  We could all walk to Mongolia and Russia from America if we had to and it’s all white man’s land and old fashioned Catholic-Orthodox territory.

I have heard that Putin stated publicly that Americans should hang on to their guns.  He is certainly not our enemy, and I have heard American voices in the background of Russian war videos from Syria.  There are hints, possibly that Americans are flying some of the Russian planes.  I pray daily for the carpet bombing of one city in the Middle East in particular.

We owe those men a debt of recognition for what they suffered at the hands of the Israeli military.  Israelis flying planes paid for with American tax dollars bombed repeatedly our neutral vessels in international waters of the Mediterranean, killing and maiming many. This is what they have planned for everyone in America who isn’t Jewish.  This event could not have been covered up without the help of the Cheney traitors, but the guilt is on every single person in our government and media who has maintained this cover-up since then.  Without this cover-up of the USS Liberty, Americans would have known clearly from the time of the 1967 war, that our worst enemies are the Israelis.  Many,many, many lives and much suffering could have been prevented.

I’ve been watching hours of Syrian war videos.  The Jihadis are losing, and so that means Israel is losing.  Russian bombs can be heard quite close to the official border of Israel.  In reality, Israel controls all the Jihadis.  Massive troop build up in Saudi Arabia is moving north to Syria now.  This next video is made by a Jihadi, I can detect the gutteral Arabic accent, even though he is pretending to be American and pretending that this post is a fun game.  What this video does is present the full war plan and delusional wishful thinking of the Muslim Brotherhood.  Their plan is fully dependent on using what they call “USNATO” forces.  They fully expect that American boys will fight on the side of Arabs and Turks and Jews and Blacks against their White Christian brothers in Russia.  They absolutely depend on white people killing other white people for them.

The quest to create ‘Greater Israel’ is not limited to the Middle East, they want the world, but they need American military, brains and will-power to do it.