A Few Racial Curiosities with Images

An illegitimate line took the name Medici, and from that point forward, the legitimate Medici reverted to the maternal surname Berardi. They began world wide explorations as merchants.  They also contributed to establishing Catholicism in new territories, sponsoring Amerigo Vespucci’s voyages.

Buddhism was co-opted by Far Eastern Asians who we call Khazars, shown here with the Kaaba stone.  They used several religions to create Islam.  I can’t vouch for everything on the website, but for more information on how the Asians usurped the Hindu religion and converted their temples to mosques, see here:   http://haribhakt.com/kaaba-a-hindu-temple-stolen-by-muslims/

King Offa of Mercia, now central England, is shown in the sculpture above as Caucasian.  His coins have verses of the Koran.  These 9th century coins have been well hidden from the public.  It’s almost certain that the Koran is based on early Christian texts that were corrupted to conform with Khazar Talmudic dogma. 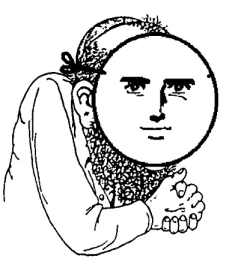 One thought on “God’s Three Races of Man”