What inspired him to give the longest handshake in the world:

Mrs. Macron realizes that Trump is aggressively holding her husband’s hand, so she tries the same thing with Melania in this video:

This should give a clue as to Brigitte’s personality.  She can be seen circling around, creeping like a nun.   She immediately realizes the full intent of Trump’s handshake.  She does the same forced handshake on Melania.   Both women are in this game of life and death. 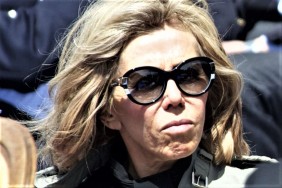 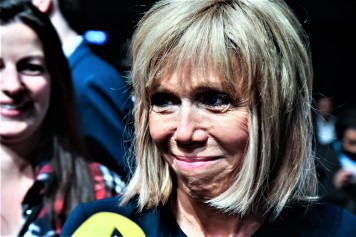 I would say that Mrs. Macron is Carolyn Gillis Rich, my stepmother.  I last wrote of her when she was passing herself off as a nun called “Delores Hart”.  Her natural buck teeth, which are carefully concealed in her studio photos as Delores Hart, are now replaced by a dental fixture, and she’s had breast enhancement.  As I wrote previously, I was told by my father that her place of birth was Waterproof, La., and she attended Ruston High School.  She was previously married to a man named Robert Rich, and they had a daughter named Robin who now owns all of our family property and businesses.

Anyone who knew this woman as “Caro” can take a look at Brigitte Tongereaux, now Mrs. Emmanuel Macron, and see the same woman.  But who could verify, other than those who are working with her?  Well, there are plenty of those.

A careful examination of the photos of Delores Hart and Brigitte Macron will show them to be the same.  Whether or not she is also my stepmother Carolyn Gillis Rich, well that is something I can’t prove because I have no photographs of her.  But I know plenty of people who do, since we all snow-skiied together.    Those old snow skiing buddies and good friends will not share photos with me, nor speak to me: 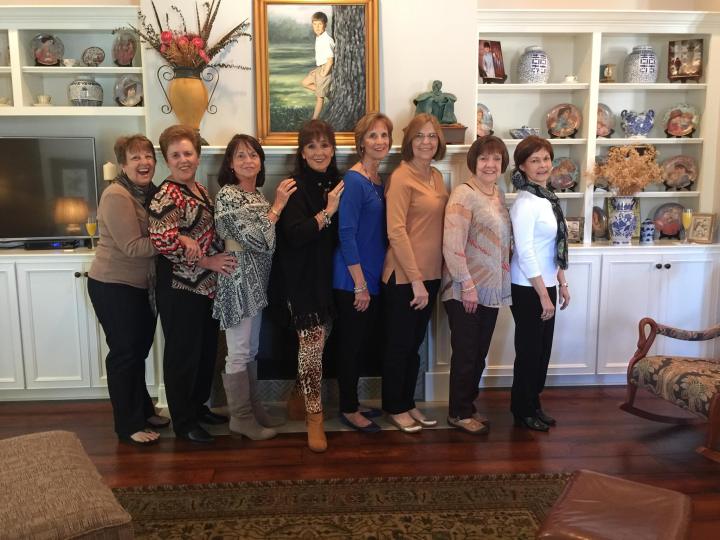 I don’t know who all of these people are, except for Lana Breaux and Julie Oubre, though I recognize some faces from Loreauville.  The important one is the lady in black, Julie Oubre, who is the one who sequestered my mother, turned her against her own children and so my mother is basically their slave, if she’s even still alive.  Someone might want to examine these other faces and see if there’s an ‘acting’ politician or two among them.  Isn’t that Pocahontas in the tan shirt?