Just two hours before the “false alarm” “nuclear missile attack probably from North Korea” in Hawaii this week, MSNBC just happened to have been inside the Command Center on the Big Island filming a show on this exact same topic.  This is a fact, and more details are in this video by James Munder on youtube.    It’s being reported, with photos, that the entire “Soros/Chatterton” family is taking in the vog at Kona, just an hour from where I live.  Wonderful, yeah?

This next black shape below is the video file of the culprits at Hookena who attacked me, but the file refuses to upload.  This file came from the phone used by my son-in-law, the Army Ranger Afghanistan and Iraqi war veteran [whose I-Phone is probably monitored and controlled].  He is filming her when a fight Aloha Hawaiian girl knocks his phone out of his hand.  The beginning of the actual attack on him is shown in the next video, a file which was relayed to me by someone else.  You won’t see anything here in the first upload.  Such is the extent to which the man with no shirt on the next video is protected.  I guess they didn’t know about that other video share.

Here’s some Aloha for you:

The entire video is only 16 seconds, but it shows all the gang leaders very clearly, if you stop it at key points.  The anger on the Asian man’s face, you’ll see him right at the beginning with no shirt, is directed at me though I have never seen him before in my life.

The last time tourists at Hookena were attacked, you can read the police report in my last post, more than ten people were sent to the hospital in Pahala with injuries, but the police claim that they can’t identify the attackers, as if anyone else was there at that time of the night besides the residents.  Thus it is clear that the police are not interested in dealing with this.  In this case a bunch of people made reports, but I wasn’t one of them, though I was the targeted victim.  I’ve been told that one woman was found hung and skinned [flayed] after appearing before the Department of Justice to complain about the local police in Hawaii.  I was told this by her friend, who had also appeared with her.  She was only beaten and raped by the police, she says.  She warned me to stay away from them.

I will digress to note that there is an appalling number of suspicious deaths that happen to people, babies included, who go to the Pahala hospital and it should be investigated along with the rest of this outrageous situation.

Hookena is a remote beach and the violent people in this video live there.   Everyone knows this.  The gated community that is connected to this beach is owned by mysterious individuals who people whisper about.  I was warned, after the attack, by a friend who knows them.  He told me to keep quiet and not complain about the attack. The people who inspire such fear and cowardice are seldom there but when they are they run people off the road, travel in convoys and all look like Israeli military if I had to guess. A friend of mine who was house-sitting in this fenced and protected community reports that he had seen strange night time activity there at the Hookena beach several times while he was there recently.  It appeared to him that deliveries were being made there.

What was at Hookena before this?  The only hint is a gutted out, very old Roman Catholic Church and the remains of an old harbor.  I would call it more evidence of Roman Catholic presence in Hawaii that dates back possibly 2000 years.  This fact would throw a monkey wrench in the weaponized fake history that is pushed in the public schools of America.

The person whose voice is heard in the video, the one being attacked by the fat Hawaiian girl, is my son in law the Army veteran.  I watched him get attacked by the other dude walking behind the girl, but he defended himself well, so the fat dude left off.    It was a twenty to one fight, so we had to leave.  The Asian man with no shirt and the eagle tattoo aggressively stated that the beach is his and that I cannot use it. He is the ring leader, no doubt about it.  This may be his family, they were all screaming at us to leave and preventing anyone from helping me.  The tourists were filming and calling 911.

The facilities at Hookena are maintained by the County of South Kona, under the direction of Parks and Recreation.  The Asian gangster thug and all the people shown on the  video jumped me when I got out of the truck.  The women were clawing at me and the men were throwing punches.  This is not shown, but my son in law saw it and said, “Dude you just punched a 50 year old woman!”.   I was not hit nor hurt by any of them, mainly because I took self defense classes and learned how to block a punch.  The female that can be seen in the background in the pink shirt at the truck, is my daughter.  We look more Hawaiian than the Asian mutts who attacked us.  Why are we singled out? Considering my children are half Costa Rican, it’s possible that they are more Hawaiian than the Asian Mutt Thugs who claim to be Hawaiian.  I assume that when King Kamehamea was out killing off the legitimate monarchy, some of them had enough sense to get away and settle elsewhere.  Costa Rica would be a logical place.

The next well-known beach south of Hookena is Milolii, the place that is already notorious for the Kahili family there and their regular receipt of drug shipments and I hope not also child slaves.  Milolii is also the source of the bogus Zika virus.  I sometimes hope that all the vaccine bullies actually take these vaccines and suffer the logical consequences so that we’ll be rid of them.

Since the media all agrees that the alarm was a mistake, I’ll believe whoever tells me that it wasn’t a mistake.  Tom Henegan, in this report, claims that it was a missile to be shot from a rogue American submarine.  He reports that the command came out of Canada, home of the Fink family, relatives of Larry Nicholls/Bibi Netanyahu, but that it was intercepted and the submarine destroyed.  If this is true, then remember that no missile is just lobbed randomly out there.  They home in on what we would call a GPS marker, as it’s been explained to me, though I wish I knew more about it.  I’ll mention here that someone left an abandoned vehicle in front of my house here on the Big Island 3 days ago, and it occurs to me that there could be a connection.  I mention this only because we all need to look at these claims very, very closely and not be embarrassed about possible connections even though we can’t prove them at the moment.

Trump seems to be doing everything he can to save the United States of America and I have nothing against him personally, however I feel called to post more photos from the Scarsdale class of ’57 reunion. 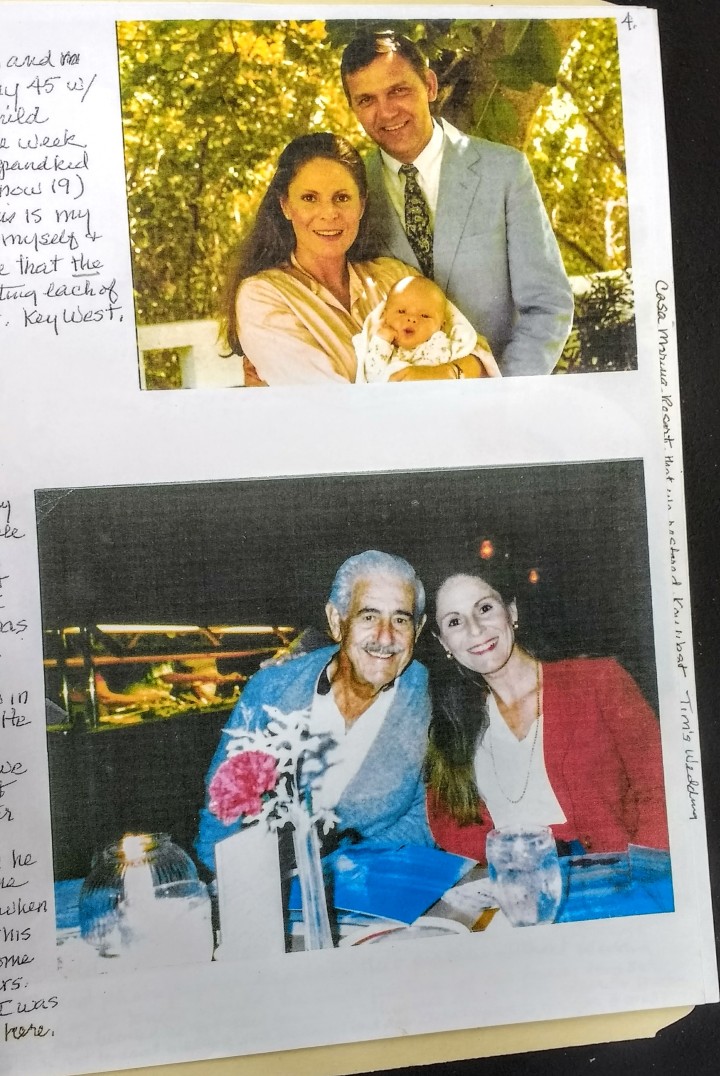 This family business connections in real estate are interesting clues as to what is going on.  Look up Tim Arnheim for more details.  The name Torbjorn and the Dutch connections appear to be connected to the company that paid General Mike Flynn to sell out America.  I”ve been banned from just about every social media there is, including 4chan.  They’re real estate holdings include the many apartment buildings built with TARP and post Katrina free money.  These apartment complexes are the type that have four bedrooms per kitchen, and total strangers are expected to share these quarters.  The apartment complex rents out rooms, not apartments.  As a result, the number of reports for theft go sky high and puts a blight on the surrounding neighborhoods.  No one wants to live in those kind of apartments, but since people are so poor, they have little choice.

I post these pics because I am sick to death of the use of false identities by those who would jail any of us for doing the exact same thing. They ask us to trust them and give them jobs by voting for them.  They pretend to do their jobs and collect huge fat paychecks and retirement checks that the rest of us can only dream of, and then they look down on us for being so broke all the time.  How many of us regular people can get away with this?  I literally cannot use a portable toilet at the grocery store where I spend hundreds of dollars a month, unless I leave my ID with them in exchange for the key, no exceptions.  And yet we have presidents who won’t show their birth certificates because they are all using false identities?  Where is Trump’s birth certificate?  Where are any of their birth certificates?  Not to be picking only on Trump because I actually do support what he is doing.  It’s time we take a close look at this use of false identities by those who collect huge paychecks from the minimum wage tax-payers in this land.

I’d like to ask for donations to my paypal account, bruceloose2000@gmail.com, to help my children pay for my funeral which may occur shortly after publishing this. God help us all.  I repeat my consecration of this blog to the Sacred Heart of Mary.