Who is Tim Kane?

My goal is to end the trafficking of children, among other horrible things that too many people don’t want to know about. I recently watched a YouTube video showing a chart of people who are most involved in the on going crime spree by gangsters in control of government. There I saw  Tim Kane.

Tim Kane has been on my mind for awhile and I’ll tell you why. My neighbor at Arlene’s house was a lady who I called Miss Pat because I like to be especially Southern and Catholic when I’m not in the Catholic South.  She was from Illinois. Her son who’s name is Doug, was building a house on the next street down the hill at Mark Twain subdivision a year ago. They raise dogs.

Miss Pat is pictured here in a photo postcard sent to Mike and Kathy Carr long before I met her. She’s signed the back as Linda and Clark. Miss Pat told me that she bought the lot next door from Mike and still owns it. The transfer documents for that lot are pictured below, with the purchaser’s name being Douglas Dianovsky.  A copy of Mike’s driver’s license was with the paperwork.

I might have ignored the resemblance of this man Clark to Tim Kane, except for one small detail that I heard from Miss Pat.  Some time in 2017, she was was shaking her head in disbelief over something that her ex husband had decided to do, but she didn’t say what.  She was visibly upset about it.

Miss Pat was aware of my discoveries concerning the Frank Sinatra family because I told her. She overheard my conversations over the phone with Cameron.  She also did something very strange, when I told her my father was “Dean Martin”, she said “yes, I know”, and had the same perturbed look as when she spoke of her ex husband.

I didn’t discover these documents and this post card until months later.  Miss Pat and I were friendly neighbors, until I realized that she was very friendly with Myrna, after Mike died. Then I realized that something was creepy about the house and the owner, Myrna, and her two daughters who were obviously fighting and at odds over whether Pat and I should stay in our apartments. We both offered to leave after Mike died.  The real estate agent harrassed us out anyway. That’s another story.  If anyone has been following this blog, then you know that Myrna is the Babushka Lady and her husband is George Soros (son of Nelson Rockefeller).  Their children are two girls who dress up as Bill and Hillary. Enough of that. Let’s find out where these people are. Funny that my Twitter AP tells me that Hillary, Obama and Trump are all nearby, here on the island. 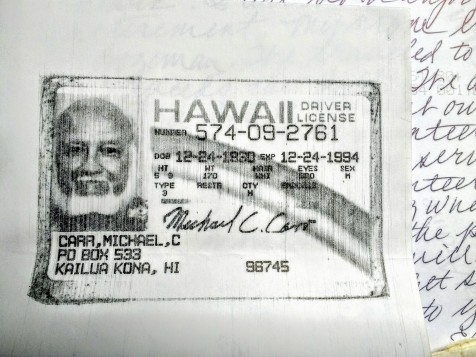 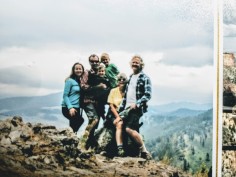 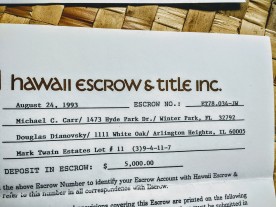