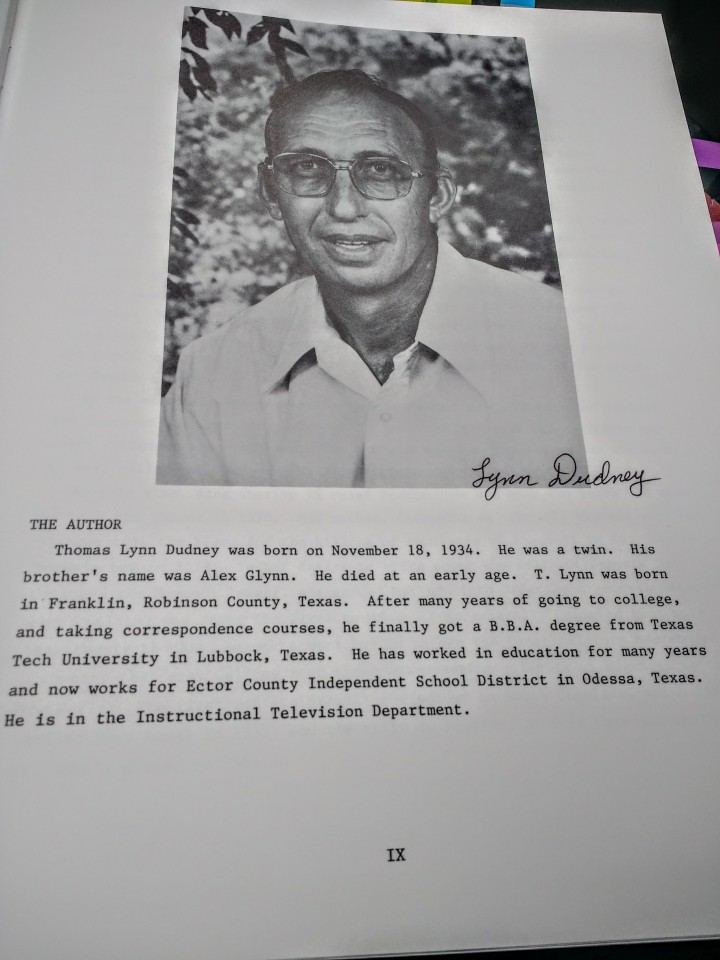 The man pictured above is the author of The Dudney Trail.  The very first page of this book, paid for with taxes, tells of one of the greatest hoax events in history, the so- called St.Bartholomew Day massacre.  That event, too far past in time to know the difference, is the Protestant lie that covers up the massacre of the Guise family at Blois by the Anti-Catholic Dudney clan. This government sponsored book, The Dudney Trail, is a call for war against Catholics in America.  Published by Texas Educational Services in 1982, Odessa Texas, it was sponsored in the late 1970’s by rich Dudneys in Arkansas and Tennessee.

Notice that, not buy only is the author the “Cuban man” in the Zapruder film sitting next to Umbrella Boy BiBi, but he’s possibly also the drug lord called Caro, and possibly also Ovey LeBlanc, Sr. of Loreauville. He may still be there using a different identity, living in a big old house in Loreauville. I was told that it’s the same house that was built by the clerk at the bank called Bonin who embezzled money.  This same clerk was obviously involved in the fraudulent transaction involving a large amount tract of land which I think is Patoutville now. Patoutville is where Joan Herring/Jonny Breaux/Socorro Rodriguez and Southern Poverty Law Center had at one time a scam charity. The residents told me about it secretly.

She has always been associated with Ovey LeBlanc, Sr. She may also be playing his wife Rita. They brought drugs wrapped in sago palms from Florida to California in the seventies and eighties.

The next photo is a map in the Bastard Book of Dudneys that shows their infiltration into each state. The name Dudney is from Dieu Donnais, the name given to the Bastard children of Louis 14.  The history of Anti-Catholicism, Satanism and the Secret Society, lies within this family. Remember the Affair of the Poisons under Louis 14, Captured King? Where did the guilty go? To a distant fort is what is reported.

This is the story of the new Satanic Monarchy and it’s move into America, and now into my own family of Broussards.  That’s how Lee Harvey Oswald/Mike Carr is a cousin of mine. 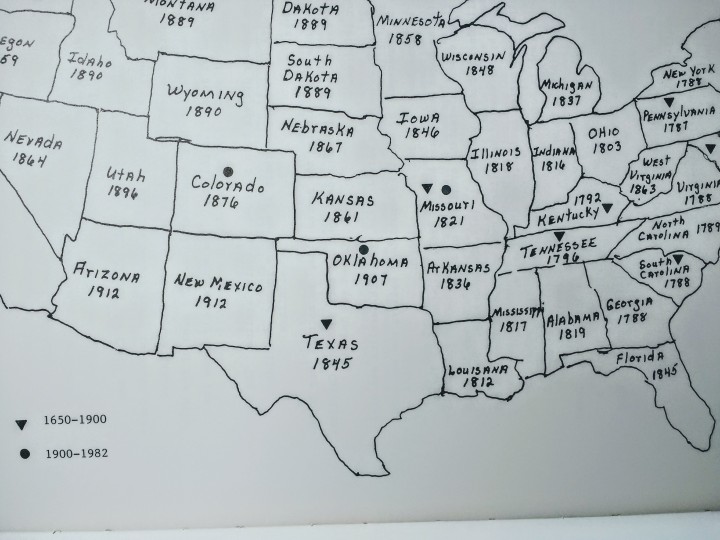