The Trump team is putting on a very good show for the true Americans.

The Bush Funeral with the wrinkled flag on the coffin,  handing out those envelopes of doom, with overhead cameras recording the reactions is just priceless.  Leaving the content of those envelopes a mystery is great fun.  My first thought is that it was a photo in the envelope because in Jeb’s case he saw it from a distance and reacted within a split second.

The Michael Cohen interview gave me the opportunity to study Cohen’s face and manners. Bombards Body  Language, a Channel on Vimeo points out that Cohen’s fist in hand indicates anger. She says that his body language discredited everything he said.  He comes off to me as if he’s rehearsed his lines, and the editing indicates quite a few retakes and careful coaching.

If he gets out of jail, he won’t forget his enemies.  He’s acting nicer than he actually is.

In answer to a request to expound on the the role of Pope Francis, he’s using the identity of another priest who was named Bergoglio.  This is what my eyes tell me.

The man playing ‘Francis’ is a well known professional actor. As he ages he’s been  Peter Sellers, David Price and now Francis.  His stage names are coded.  At one time, a youtuber from Scotland, an insider and a mature man was revealing true identities of the British Empire’s Jewish Lords and Ladies and this Pope Francis character was among them.  That YouTube channel was censored soon after that, but he’s certainly a Rothschild/Rashid.

The Pirates don’t hire actors, they are the actors.  Francis could even have an American passport and dual citizenship under another identity, just like King Salman and his family.  He could be another CIA agent in the Scarsdale photo collection. He’s not Catholic for sure. His job was to destroy the Catholic Church and shut it down.

I have written about how some Jews took over my 250 year old school in the sixties.  Mt. Carmel, was shut down by them eventually.  These are Jews that I’m seeing working as the Deep State, many of my classmates parents are in the Scarsdale High School photographs.   Former Louisiana Governor Kathleen Blanco was a student at Mt. Carmel. She was Kathleen Babineaux.  She also attended the reunion and is therefore implicated in treason, child trafficking and child abuse.  She handed control of Louisiana over to George Bush after Katrina. They all have different names for Scarsdale friends.

The Fatima messages did not use the word Pope.  Our Lady spoke of the Holy Father in Rome, but she doesn’t say Rome, Italy.  Rome is also the Roman Empire which extended through the entire world, even America.  Our Lady of LaSallette is dressed in Russian clothing.

Rome, Italy was not the center of the Catholic Church at the time of the Protestant Invasion , the 1500’s.  The true recognized Catholic bloodline had been long established around Brussels, in Florence and also Eastern Europe. The leading Catholics were assassinated but the Protestants flip the script and invent an alleged St. Bartholew Day massacre.  The real massacre was the massacre of several members of the family of King Francis at Blois.  This event has been highly censored so I don’t know much except that an obscure  Catholic Church record says that Catherine de Medici helped two young princes to escape from France.  This probably messed up someone’s plans, which is why she always gets the blame for that alleged event.

The city of Rome had long been the center of the crypto Jewish Marano families.  The Medici Popes were illegitimate children of the Berardi family of bankers , merchants and explorers.  These crypto Jews have created a bastardized religion that began after the Council of Trent, which did not go well.  After that Council, the true Catholics were forbidden from holding any more Councils, because it was recognized as a way to introduce dangerous innovations.  The last Catholic Church Council was held in Bologna, Italy and it became such an endless affair, with poisoning of delegates and high expenses, that we now use the words “full of bologny” to describe endless nonsense.  Our present system of government is nothing but Council after endless Council that progressively enslaves us. That started over 500 years ago and Pope Francis is the culmination.

The last known Catholics of the legitimate bloodline were the family and followers of King Francois I of France/Brabant.

The true Catholics declared all councils to be illegal after the Council of Trent, so the Vatican 2 Council was illegal and therefore not Catholic.  The Jewish Mafia in the sixties bragged openly about their takeover of the Vatican, so it’s safe to call Francis a Jewish mobster. They started this Vatican Bank knowing full well that the charging and collection of compound interest is the most anti Catholic thing that can be done.

Notice that news of child abuse is strictly censored by the deep state news networks unless it can be pinned to the Catholic Church. Everything else is censored, including pizzagate, Saudi, Israeli and secret agencies in child trafficking. Especially censored is the obvious child murders of the British Royal Family.  But the Catholic Church is slandered constantly.

To understand how acting is used to conquer a nation, let’s look at a Yale edition of the complete plays of Shakespeare.  The following selection of pages describe the theft of Catholic Church tithe offerings by Shakespeare and his friends.

Pay attention to the names because these are the same families still in power today. 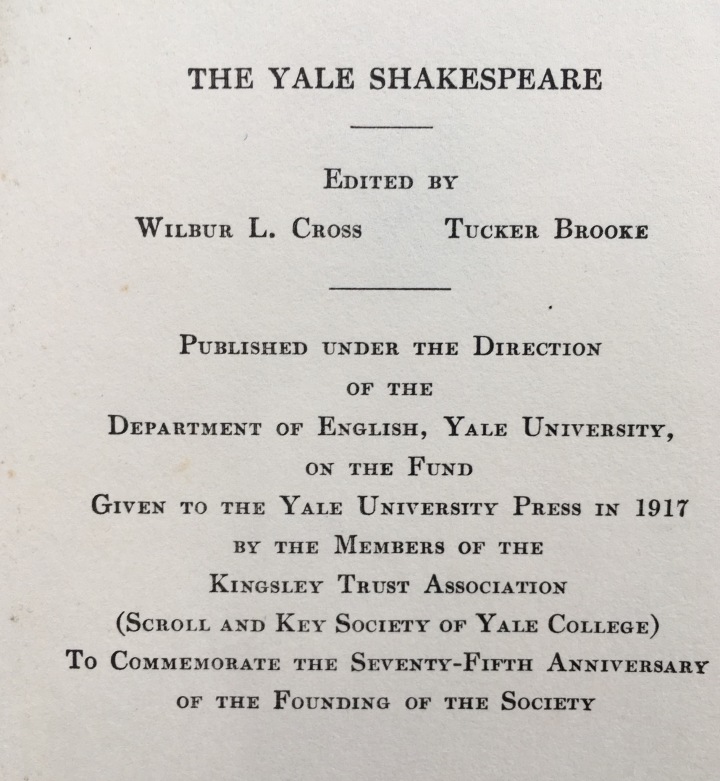 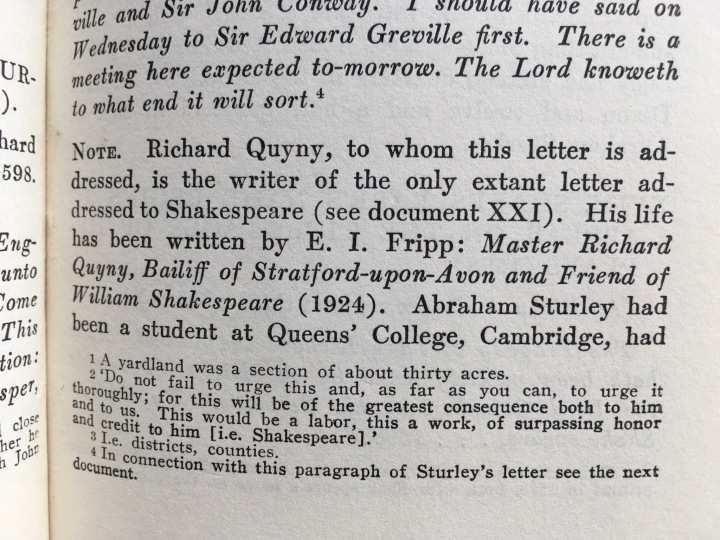 One thought on “Enjoy the Show”