This investigation began because of the stack of letters that I have that were written to Arlene from Tom in the 1960’s. Because Tom Casey is the name on those letters from Arlene’s friend, who turned out to be Tom Clancy and because the name Bill Casey was in my collection of quotes taken from the book about the Mossad called “Gideon’s Spies”, I did a search for Bill Casey’s photo online and ended up in a most tangled and interesting web of Canadian politicians who are also American politicians, and owners of American media judging by the faces and places they’ve been.

Keep in mind that Canadians are still loyal to Queen Elizabeth II, who is, no doubt, George Soros in drag.

I really need to post more of my files in order to make a clear picture, but at this point my phone won’t allow access. This is probably a hacking case, and that’s why I hate these people so much.  I’ll keep trying, but there’s plenty here to start with.

Bill Casey is a Canadian politician that represented Nova Scotia.

The names associated with Bill Casey’s political career included the name Robert Carman Coates, and since Daniel Coates has been in the news lately, I continued to search their faces.  The overlapping false identities are just  amazing.  These people should all be locked up.

Charles Schumer and Tom Clancy are both part of the web of Canadians who are also connected to the child trafficking network and the political-media monopoly that has recently voted for the legalization of baby murder.

Apparently Trump placed some trust in Daniel Coates at one time, or maybe it was a setup.

“On March 22, less than a week after being confirmed by the Senate, Director of National Intelligence Daniel Coats attended a briefing at the White House together with officials from several government agencies. As the briefing was wrapping up, Trump asked everyone to leave the room except for Coats and CIA Director Mike Pompeo.”  Washington Post article

Now this man below is Bill Casey, Canadian Representative from Nova Scotia.  He looks much like Tom Clancy, and he looks like Mike Pence, judging by the ears, hairline and overall facial shape.  Tom Clancy is always photographed wearing dark aviator glasses, but the shape of his nose and the wrinkles between his eyes match this man. Tom Clancy always hides his face as much as possible.

Then I came across this article in which this Bill Casey took a special interest in an “elderly Norwegian war vet” who looks  exactly like Daniel Coates, Trump’s Director of National Intelligence.  Daniel Coates is in the news recently because Trump thinks he’s no longer trustworthy.

Here’s the elderly Norwegian and the story:

“A Liberal member of Parliament from Nova Scotia is pushing his own government to resolve the case of an elderly Norwegian war vet who’s being denied a bed in a veteran’s hospital in Halifax.”
“Bill Casey raised the matter in question period Friday, asking that the government make sure measures are in place for 94-year-old Petter Blindheim and other veterans like him.“

Here’s a sample comment among many others that were not happy with Bill Casey.

“3 years ago: wingman
Once again as in the past 4 years Cumberland-Colchester comes out of all of this with no representation. All this is to Casey is a game. How much did he do for the area when elected before nothing. He was in this solely for the satisfaction of beating Stephen Harper and cares nothing for the people who elected him but you will find that out in the next four years.”

Bill Casey’s father, William ‘Gus’ Casey, looks exactly like the elderly Norwegian vet.  Gus Casey’s picture was shown in a  case involving a drunk driving accident where Bill’s son was killed and the guilty party had an obviously coded name “Dr. Christy Natsis” which sounds like Christian Nazi.  This Natsis woman looks like Scarlet Decuir, an old “friend” (not) of mine who also looks like Amy Burman Jackson.  Amy Burman Jackson is neck deep in child trafficking.

Casey’s father said it was “very painful” to lose his son and to watch Carroll and his family grieve. Click on the link to see his face, so much like both Daniel Coates and the elderly Norwegian veteran.  (CBC News)

Notice that William Gus Casey has the unmistakable Schumer nose, and we’ll see the connection to Schumer when we get to Robert Coates.

Now here below is yet another look alike Canadian politician named Jean Chretien. 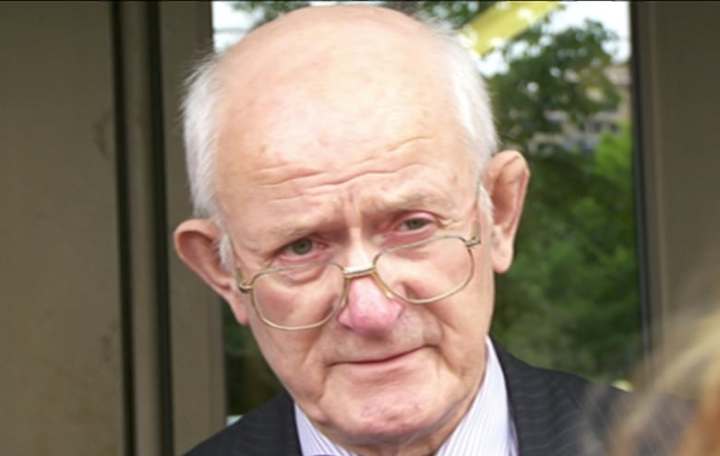 Jean Chretien’s photo and biography are on Wikipedia here: https://en.m.wikipedia.org/wiki/Jean_Chrétien

The link below is a pdf file screen shot from a 2015 article and video featuring Jean Chretien.

There’s a family connection to the Middle East, a Canadian Secretary to the Ambassador to Beirut, Lebanon, Raymond Chretien, Jean Chretien’s son.

Raymond Chrétien, O.C. –
Raymond Chrétien is a seasoned diplomat and former Ambassador of Canada to France, the United States, Belgium, Mexico, and the Congo. Today he is a partner and strategic advisor at Fasken, which specializes in international trade.

The man shown below is Raymond Chretien who looks exactly like Bill Casey and Tom Clancy.

The photo below is the  Canadian politician named

His biographical information is here:

But the same man here below is also American 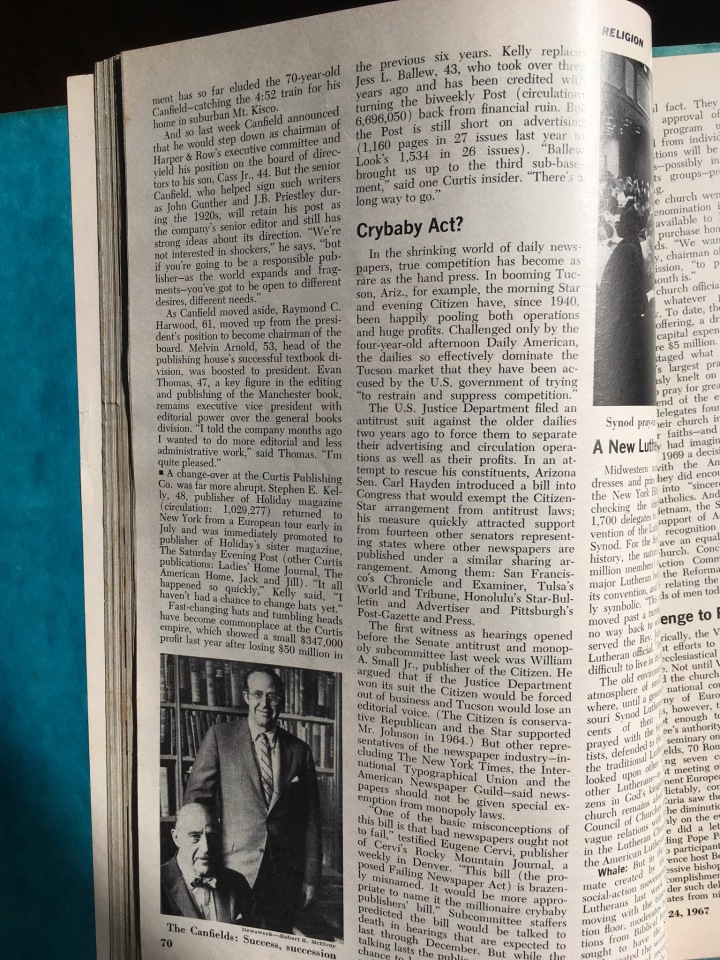 Adrienne Dianne Landry matches up with Dianne Feinstein in several ways.  Her husband also looks familiar, like either Schumer or Sergey Lavrov, but I can’t get to his files at the moment.  These people fake their deaths regularly, so obituaries published online can be informative.  I’m aware that Schumer and the husband of Dianne Landry look similar and may be brothers. They are all part of the Sonny Mouton family.

The next two files are about Amy Berman Jackson and Jeannie S. Rhee, described as “Mueller’s Wenches” by the American Intelligence Network, alternative news source.

Amy Berman Jackson looks like Scarlet Decuir Hazzard who I’ve known my entire life and whose family is up to their necks in crimes against my family.  Jeannie S. Rhee is Myrt Dugas, daughter of Homer Dugas, a neighbor, and also up to her neck in criminal activity.  I’ll have to devote another article to them.  I’ve written about them before and  included them here because the Christy Natsis character looks like Scarlet Decuir who looks like Amy Berman Jackson.  This isn’t only about look alike people, it’s about a group that appears together consistently where crimes and treason occur.

Maggie Toca Stirling is another lifelong “friend” (not) of mine who is a good friend of Scarlet.  Maggie’s brother Carlos is a white version of the negro doctor who ran against Trump and then ended up in his administration.  Ben Carson is the name.

Here is the biography of Robert Coates.  Copied and pasted from Canadian archives.

The fonds consists of textual and photographic material relating to Coates’activities as Minister of National Defence, Member of Parliament (Cumberland-Colchester North) and member of various parliamentary committee as well a limited extent of post-political records.

Coates was a strong regional representative from Atlantic Canada, where he was involved in energy, transportation, agriculture, fisheries and small business. He had the honour of being selected as the Chairman of the All-Party Committee on Fundy Tidal Power,1970-1984, which saw all M.P.’s from the Maritime Provinces as members.

Member of Inter-Parliamentary Union and delegate to International Meetings at Dublin, Ireland, and Palma, Spain. Observer to United Nations at Fall Sessions 1966 and 1976. Delegate to meetings of Canada-United States Parliamentary Group held in Washington, D.C. on three occasions; delegate to the 17th Commonwealth Parliamentary Conference held at Kuala Lumpur, Malaysia, September 1971; delegate, as member of the European Parliamentary Group, to a conference at Strasbourg, France, and Brussels, Belgium 10 November 1974; invited guest of Government of China, Taipei, Taiwan, April 1975; delegate to the Commonwealth Parliamentary Association, United Kingdom Branch Visit, May 1975; delegate to meetings of the North Atlantic Assembly (NATO) Brussels, May 1976, and Williamsburg, Virginia, U.S., November, 1976; Chairman of the Canada-Korea Parliamentary Group from 1979 to 1984; Chairman of the Standing Committee of Management and Members’ Services; President of the John G. Diefenbaker Memorial Foundation; author of “The Night of the Knives”, Member of the Canadian Committee for Soviet Jewry; First elected to the House of Commons in 1957, and reelected in general elections of 1958, 1962, 1963, 1965, 1968, 1972, 1974, 1979, 1980, and 1984. Not a candidate in 1988. Party Politics: Progressive Conservative.

Coates was appointed Minister of National Defence on 17 September 1984, in the Cabinet of Prime Minister Brain Mulroney, and he resigned his portfolio on 12 February 1985.

At this point, I’m no longer able to access any more stored files on my phone, so I’ll continue another day.