Who is Bill Priestap and why does it matter? Because he’s the most likely and most important informant on FBI treasonous activity against President Donald Trump, duly elected.

Zerohedge wrote on February 12, 2018 shortly after James Comey, the boss of Priestap at the FBI, tried to throw Priestap under the bus, that Priestap then had motivation to flip.

”Likely Bill Priestap made the decision after James Comey’s testimony on March 20th, 2017, when he realized what was coming. Priestap is well-off financially; he has too much to lose. He and his wife, Sabina Menschel, live a comfortable life in a $3.8 million DC home; she comes from a family of money.

While ideologically Bill and Sabina are aligned with Clinton support, and their circle of family and friends likely lean toward more liberal friends; no-one in his position would willingly allow themselves to be the scape-goat for the unlawful action that was happening around them.

Bill Priestap had too much to lose… and for what?”

The part about Priestap’s wife is what I was looking for to confirm my suspicions that Miguel Ramirez  could be Priestap.  Miguel’s wife was an Italian from an immensely wealthy family in the business of large public construction projects there.  According to Miguel, they built hydroelectric plants, among other things.

I understood that his wife’s family was backing Grupo Saret and that the marriage was a business deal.  Miguel’s brothers were not actually engineers though they let it be believed that they were.  I don’t recall what Miguel studied in Italy.

He had been sent to study in Italy by his older brothers who were not educated, hoping to groom him  to be the professional face of Grupo Saret.   He speaks Italian.  So came together with his future wife in Italy but he was really in love with someone else who he continued to see.  The only person who didn’t know about this was Miguel’s rich wife.  This all happened in Costa Rica during the 1990’s.  I can’t remember the girlfriend’s name but I spoke to her often, reassuring her that Miguel and I were not having an affair.  How funny is that?

I came to know much about him because he used to give me a ride back to San Jose on Fridays from Puntarenas. I sat in front with the chauffeur.

Here is Miguel in a photo recently published on the internet, to the right of slick Willie’s pasted on face:

Devin Nunez, shown below is on top of all this.

The full story on Zerohedge:

During questioning, it was established that normal procedure required the FBI to make a quarterly report to the White House.  Yet, the investigation into Trump and Russian interference was kept secret, and then dragged on for years,  in contrast to the Hillary email investigation which was made public and in which she was immediately cleared of all allegations.

“On March 20th 2017 congressional testimony, James Comey was asked why the FBI Director did not inform congressional oversight about the counterintelligence operation that began in July 2016.

FBI Director Comey said he did not tell congressional oversight he was investigating presidential candidate Donald Trump because the Director of Counterintelligence [Bill Priestap] suggested he not do so. *Very important detail.”

Important because it seems to outsiders that the boss would not take orders from the subordinate, especially when those orders are to break the rules.  Zero Hedge writes:

“Apparently, according to Comey, Bill Priestap carries a great deal of influence if he could get his boss to NOT perform a statutory obligation simply by recommending he doesn’t do it.” 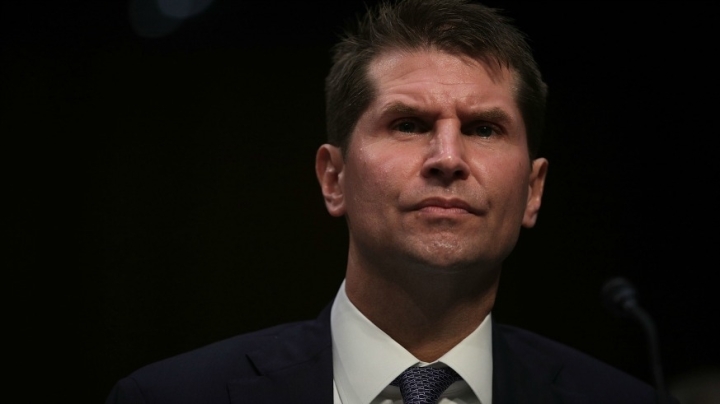 It’s possible also that Priestap actually is the boss of Comey, if he is actually Miguel Ramirez and his wife controls the wealth of a global conglomerate.

Always pay attention to the wives.

Found on Twitter:
1star_1soul
@1star_1soul
·
Feb 17, 2018
READ!
According to this report, Sabina Menschel is the daughter of Richard Menschel and niece of Robert Menschel— billionaire owner Goldman Sach, during 1950’s, “Wednesday 10” is a group exclusively Jewish members in America to control news, banking, etc