An article from 2009, about a Louisiana State Representative is linked below.  Wilbert Joseph Tauzin II (IPA: [‘bɪli ‘toʊzɛ̃]; [Notice the French pronunciation] born June 14, 1943) is an American lobbyist and politician.[1] President and CEO of PhRMA, a pharmaceutical company lobby group. Tauzin was also a member of the United States House of Representatives from 1980 to 2005, representing Louisiana’s 3rd congressional district.[2]

I met Billy Tauzin through my fake ex husband Randy/Bibi. That was in the 1980’s. Randy Whatley introduced us at a public town hall type of gathering in his Louisiana District at the time.  Randy told me afterwards that I was expected to ask him a favor.  This never occurred to me.

This brings up the issue of culture clash when dealing with this Alien  State that we’re examining.

Tauzin actually named his lobbying business Phrma, which he started the day his employment at public expense ended in 2005.  He’s been betraying trust ever since. 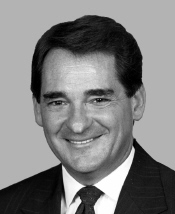 It wouldn’t occur to some cultures to not take advantage of the public trust.  They feel that it was created especially for them to exploit.

They arrive after it was created, and through confusion of identity, proceed to loot the public treasury, and then Progess to looting private treasures. It’s their Cultural Norm.

I can demonstrate the extent to which the Cultural Norms of the Alien State have recently infected and rapidly kills off our own native Cultural Norms.

An example is Tauzin:

How the sausage is made: PhRMA, Billy Tauzin and the Baucus Bill

Cultural Norms are at Risk because of monopoly ownership of all forms of public discourse.  This is true worldwide.  The only subjects allowed are listed here, in part:

There are more examples of this kind of Cultural Projection all around us.  The fact is that the ones who are Racial Supremacists are the ones pushing this agenda.  It’s a real agenda, it’s just that to know who’s creating it, you need to look at who’s creating it…who owns the Media.

We, on the other hand, Project our own altruistic culture onto the most heinous, criminal of cultures.  Proof of this Cultural Projection on the part of America, is our willingness to hand over control of every aspect of our lives to Freemasons whose symbolism and rituals are clearly Turkish.  These Turkish families are mentioned repeatedly in the long history of human trafficking, starting in Biblical scripture.

Human trafficking is a Cultural Norm for this tribe and alliance of tribes.  This control of the slave trade by particular families is well documented in most university reference libraries. These are traditionally known to be Arabic and Jewish and North African families, but they are also called Turkish.

Today they call themselves Americans or British or whatever  but their culture is Alien to America’s and to Britain’s culture.

Our rights are Inalienable under the Constitution.  Thinking about that now, these particular criminals among us are known by the Alien results of their actions and strategy, and also by decoding their names and tracking genealogy.