Proof doesn’t exist that the Jean Edmond Broussard was married to Emilie Patin.  Is this name also Patout?  Sounds like the exact same in French.

The Broussard Family Book is wrong about that.  There is no proof that Ozeme Leblanc of Lafayette was related to Jean Edmond Broussard of Loreauville.

The lineage of Jean Edmond Broussard is from Camille Broussard, male, whose marble grave stone is still next to the church in St. Martinville, St. Martin de Tours.  It’s large enough to cover the entire grave, about 3 inches thick on the outside edge  and it lays flat on the ground, about 4’ x 8’.

It should be protected from the weather but isn’t.  It must have cost a fortune, it has a poem in French carved into it and so it doesn’t jibe with the false narrative of the ignorant peasant  “Cajuns” who arrived during his and his father’s lifetime.  Some people did arrive, to escape justice being meted out in France.  One of the guilty parties, who escaped justice in France, is the father of Rose’s son, a man called Beauharnais who is on record as being  in charge of a fort in Nova Scotia. The name would sound like Hennessy in English.

I previously published a photo of the grave of Camille Broussard.

The following two documents, stapled together, are from the research files of my Aunt Camille Broussard. She wrote to St. John Cathedral in Lafayette, La. requesting copies of birth and marriage certificates of Emma Patin to Ozeme LeBlanc and nothing could be found.  The next image is what was returned to her, a scrap of paper that isn’t proof of anything other than a coverup of an attempt to graft a criminal Jewish family onto an old respected Catholic family for the purpose of stealing property.

The word legitime (French word) is seen. This word is only used for illegitimate children who seek to change their status with a piece of paper and bribery of a clerk.  This piece of paper is worthless except to point out that this is the typical method for stealing identities.  No legitimate child would have such a scrap.  Real birth certificates, Baptism certificates and marriage certificates are official documents that have borders, and clearly written information.

The annoying part is that this family of crooks hated the family that they tried so hard to marry into.

There is more proof than this, looking at and comparing Dudney  photos, but that will be for another post. 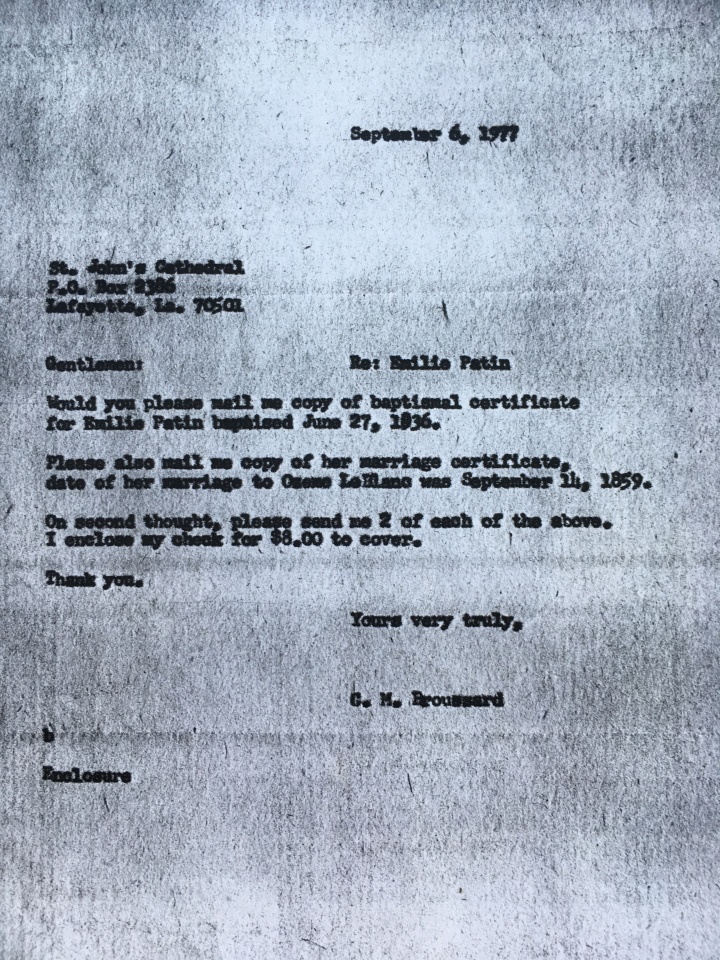 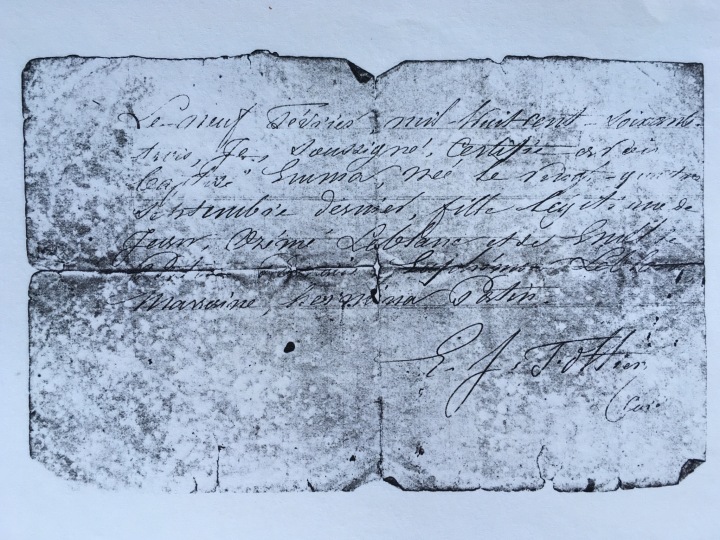 No marriage certificate exists between Emma Patin Leblanc and Ozeme Leblanc Jean Edmond Broussard of Loreauville.  This family is trying to graft our family into the family tree of Pirates, who are claiming that Jean Edmond Broussard was married to Emilie Patin.  Fakers and illegitimates who had slave colonies on the East Coast of America and Canada.

The next document is one of several attempts by my Aunt Camille Broussard to verify the family having departed from France for Nova Scotia.  It could never be verified that a family of Broussards ever existed in France.  She didn’t inquire in Belgium, Switzerland or Germany. She didn’t even think of Russia as a possibility.  Neither did I, at the time.