Scroll down for some of Mike’s family photos and related news about Boeing.  This is a long 16 page letter. 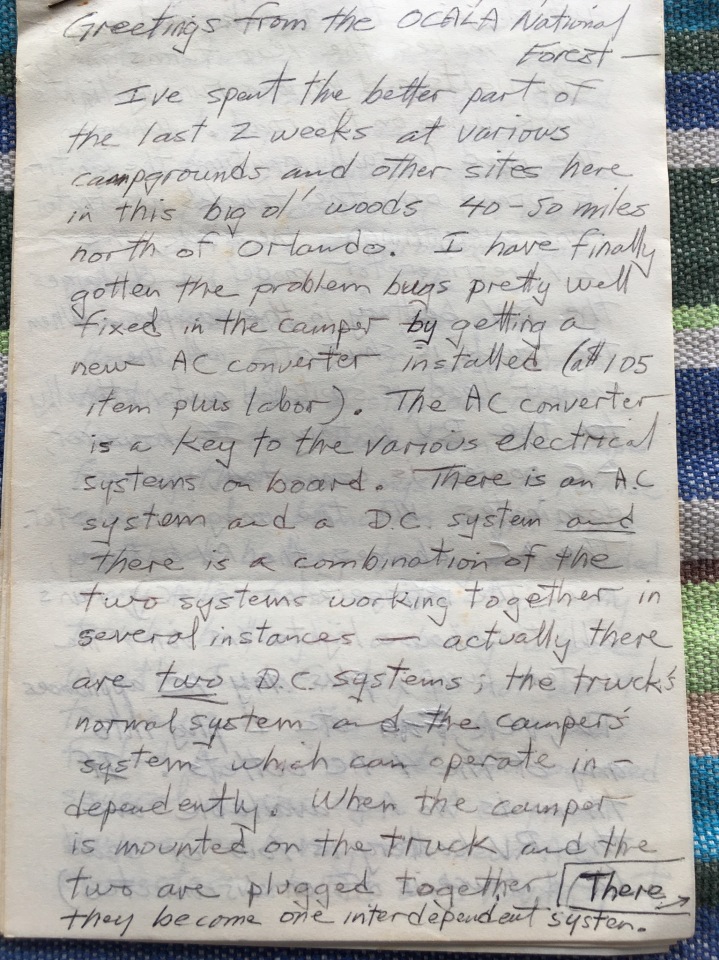 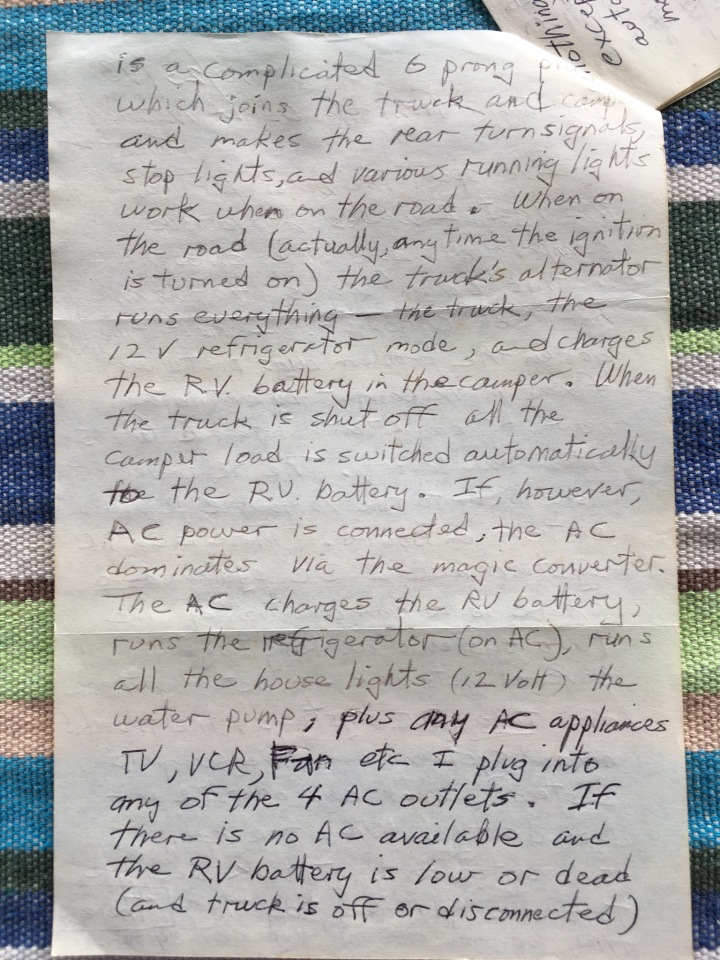 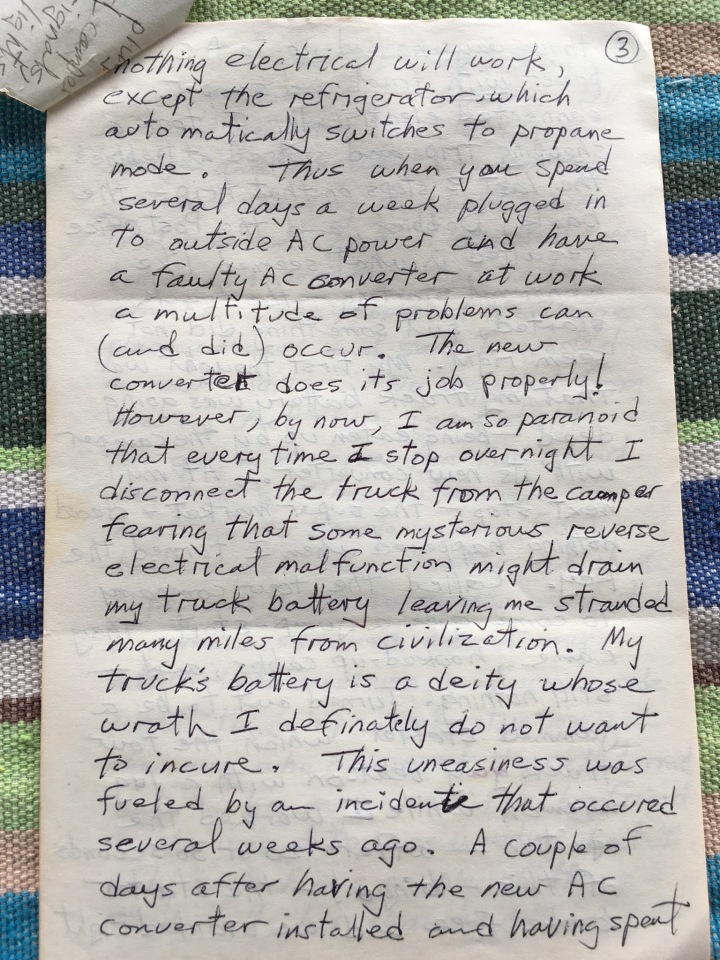 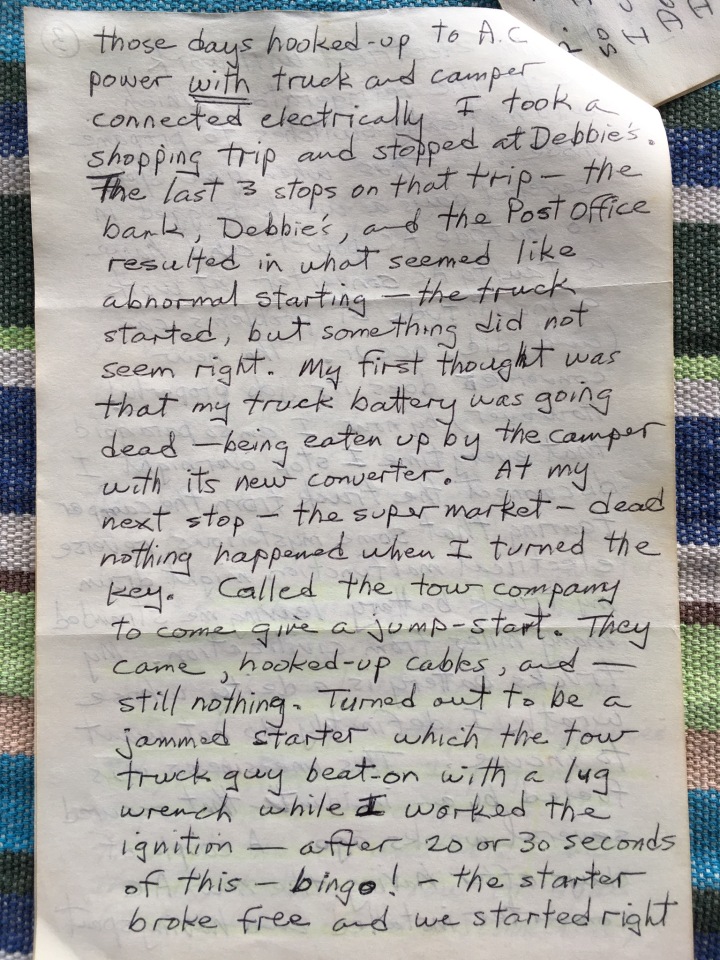 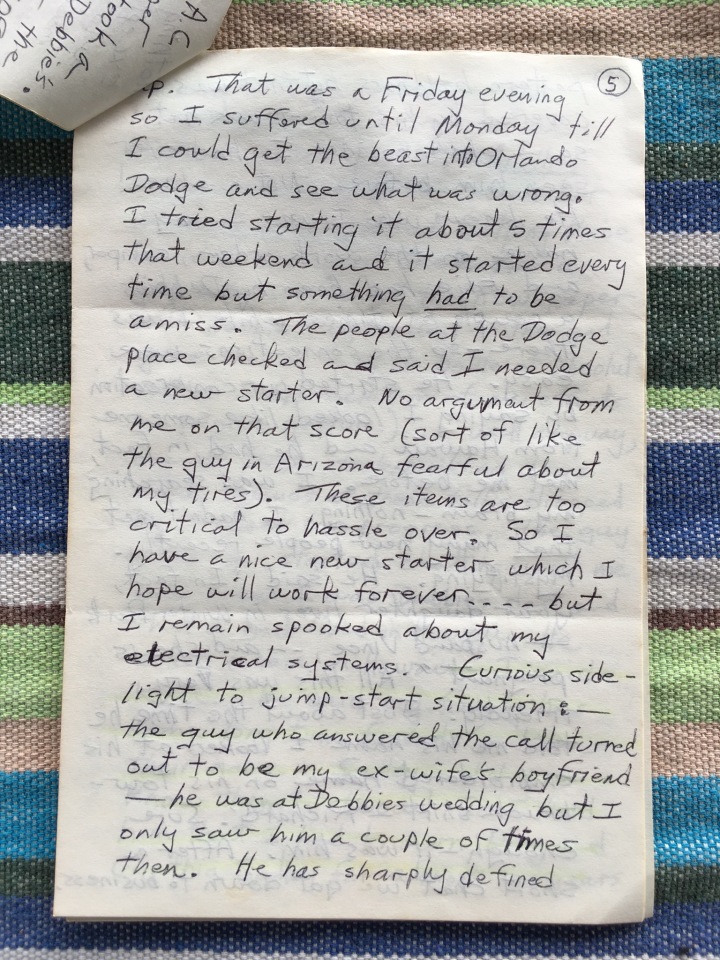 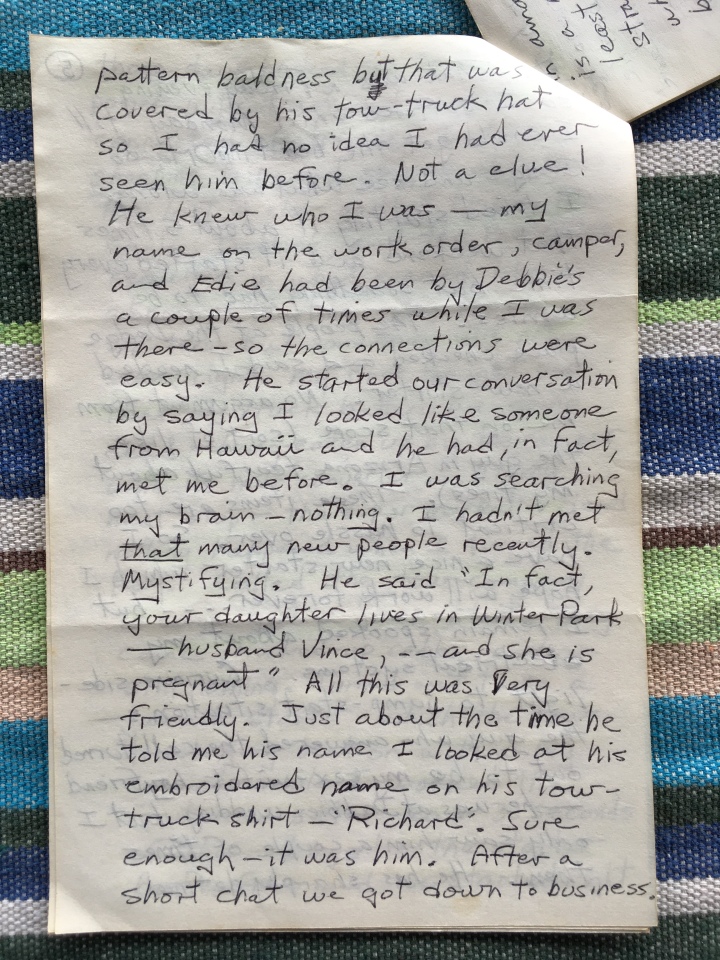 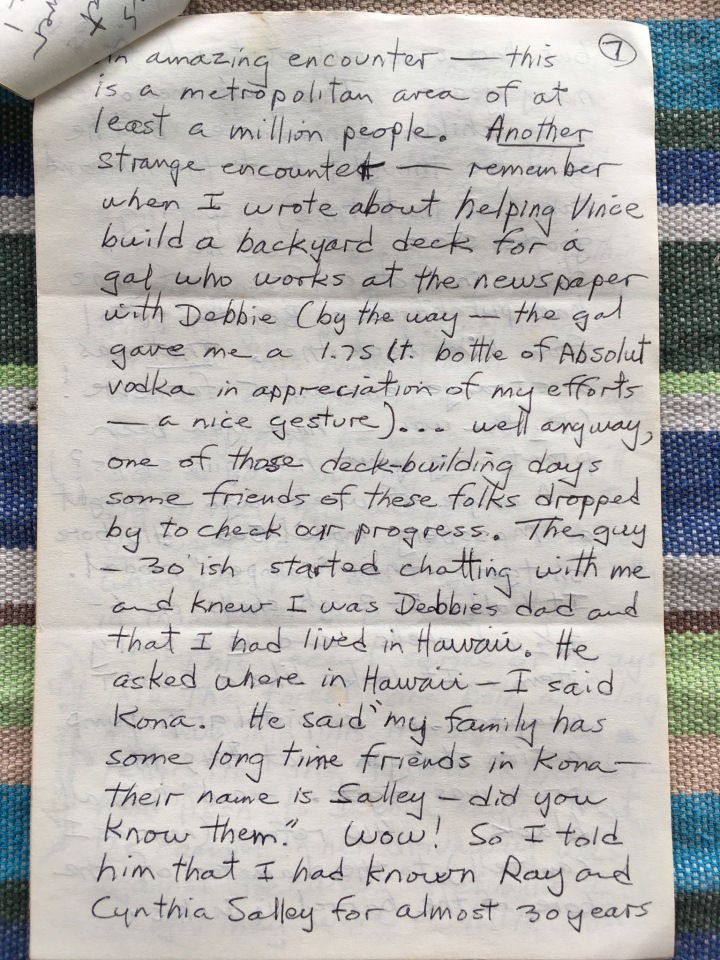 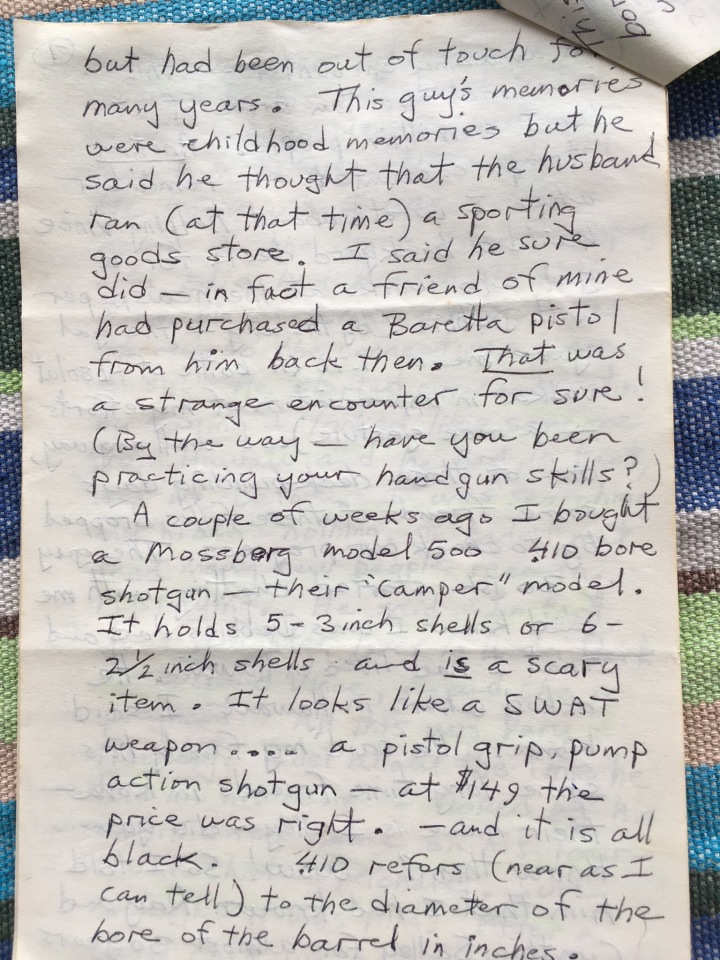 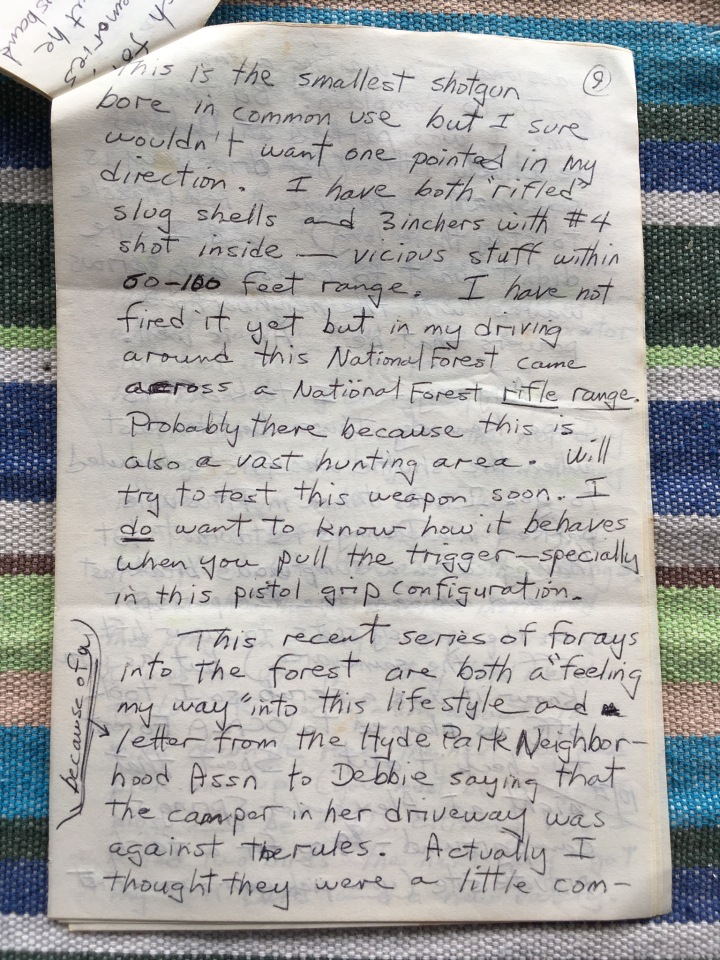 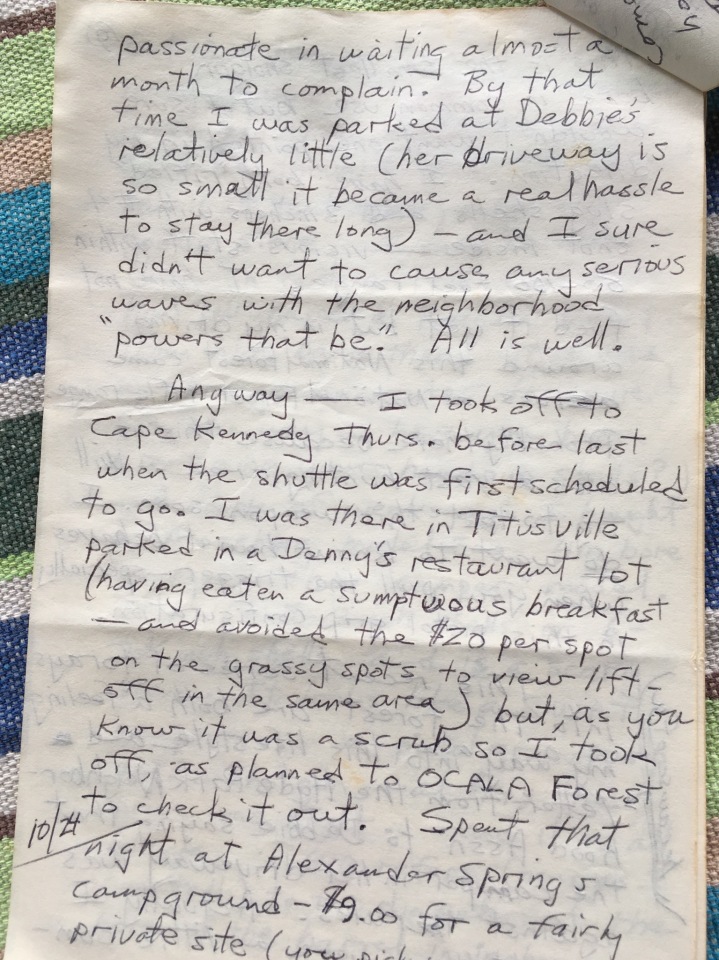 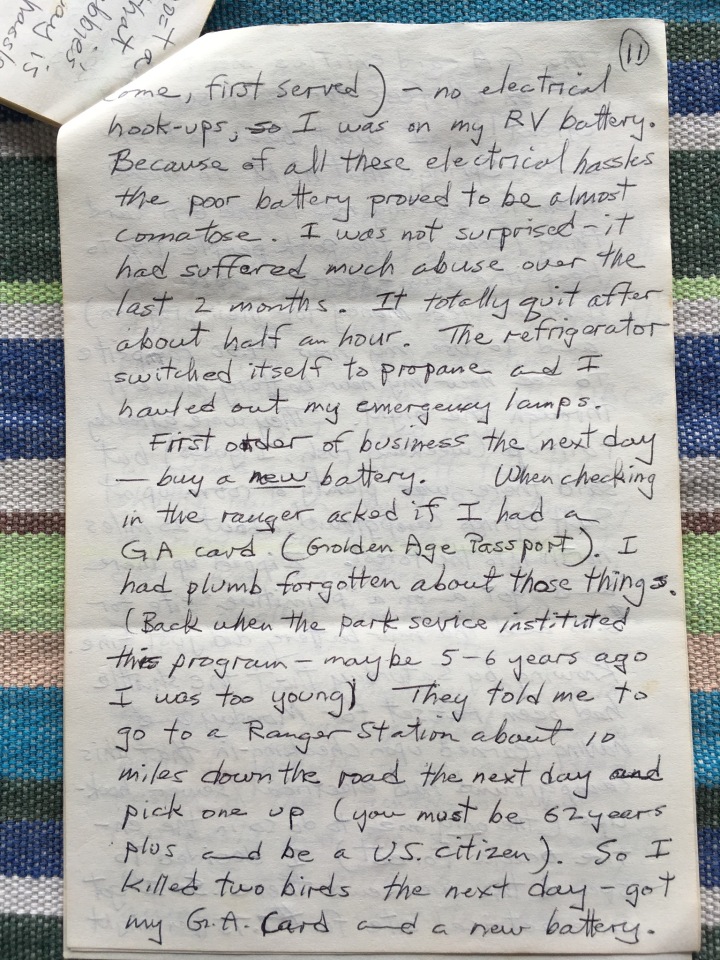 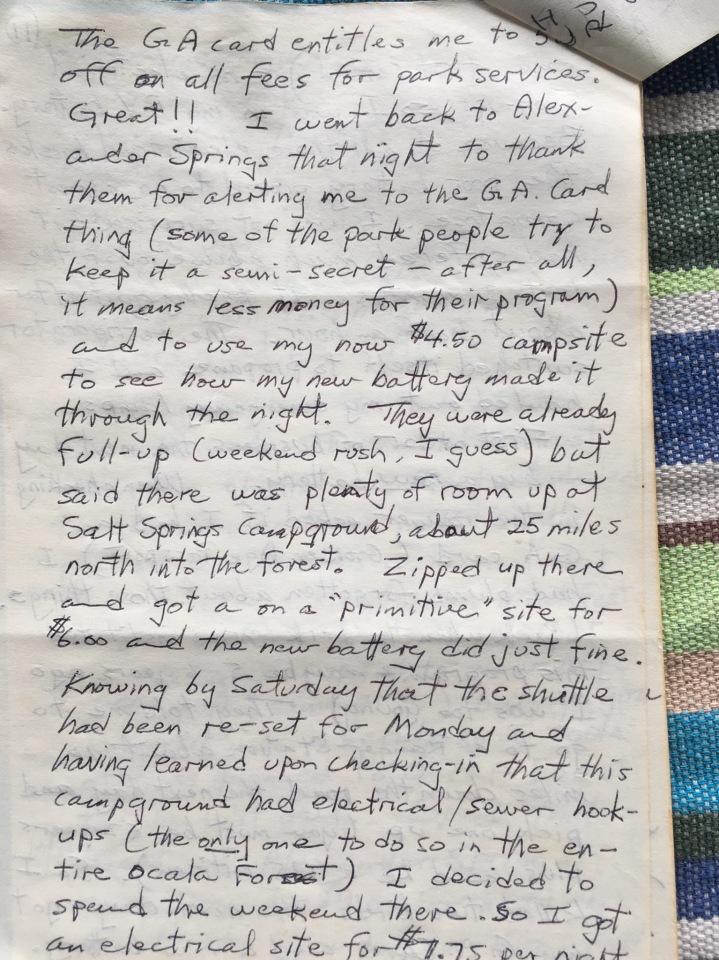 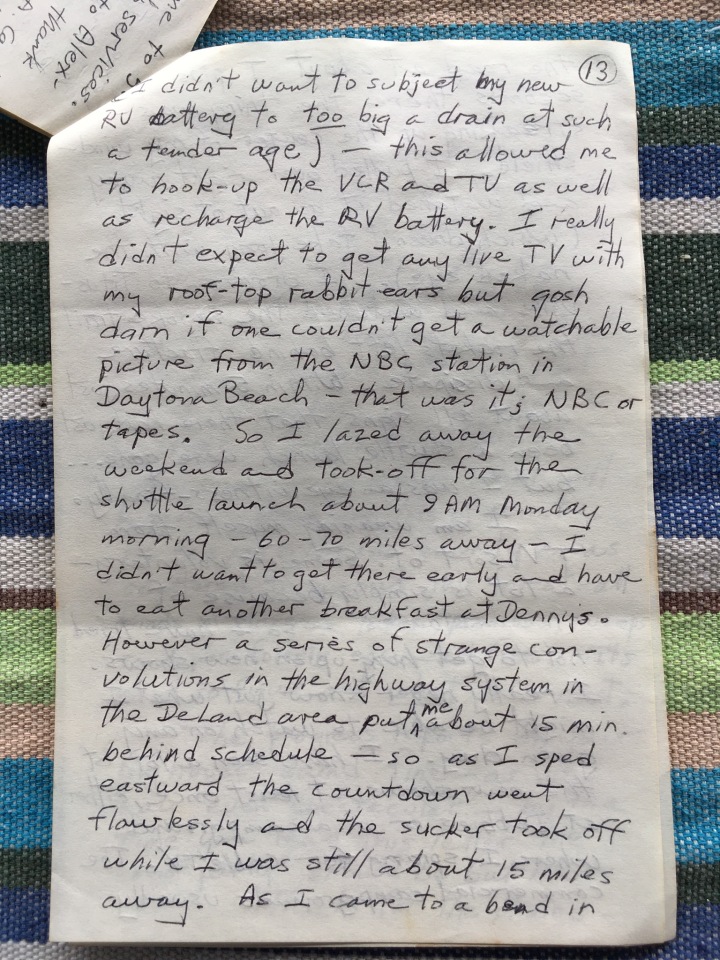 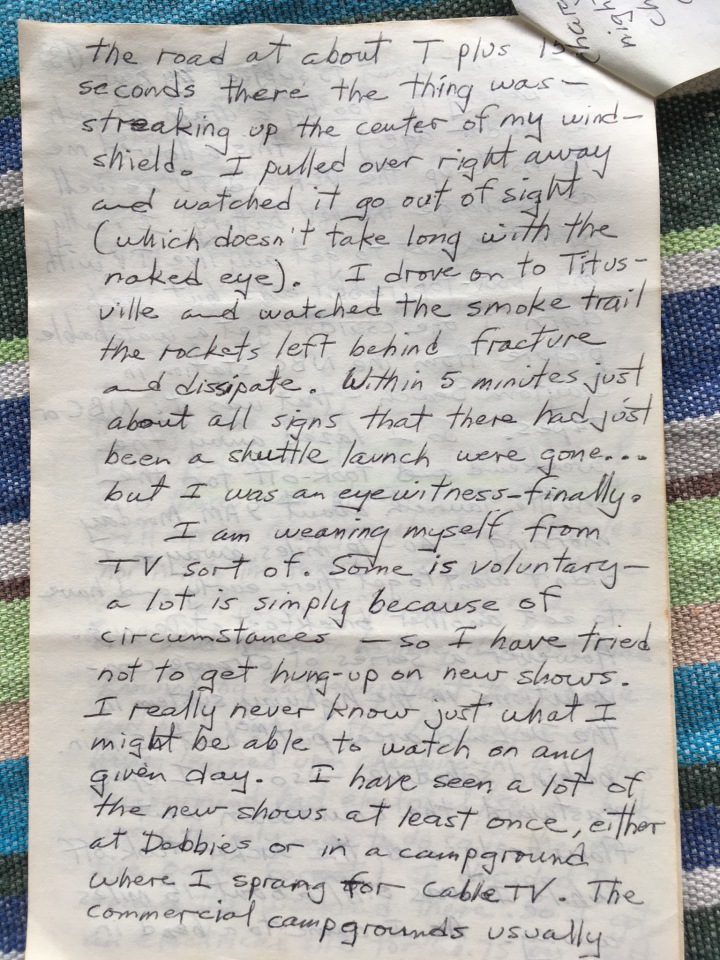 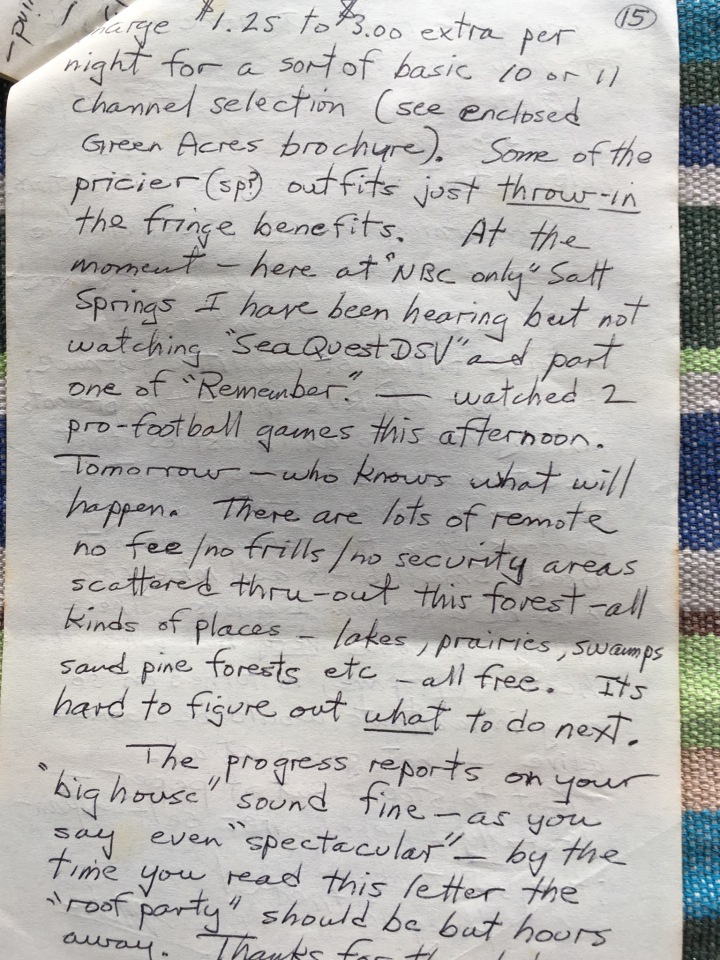 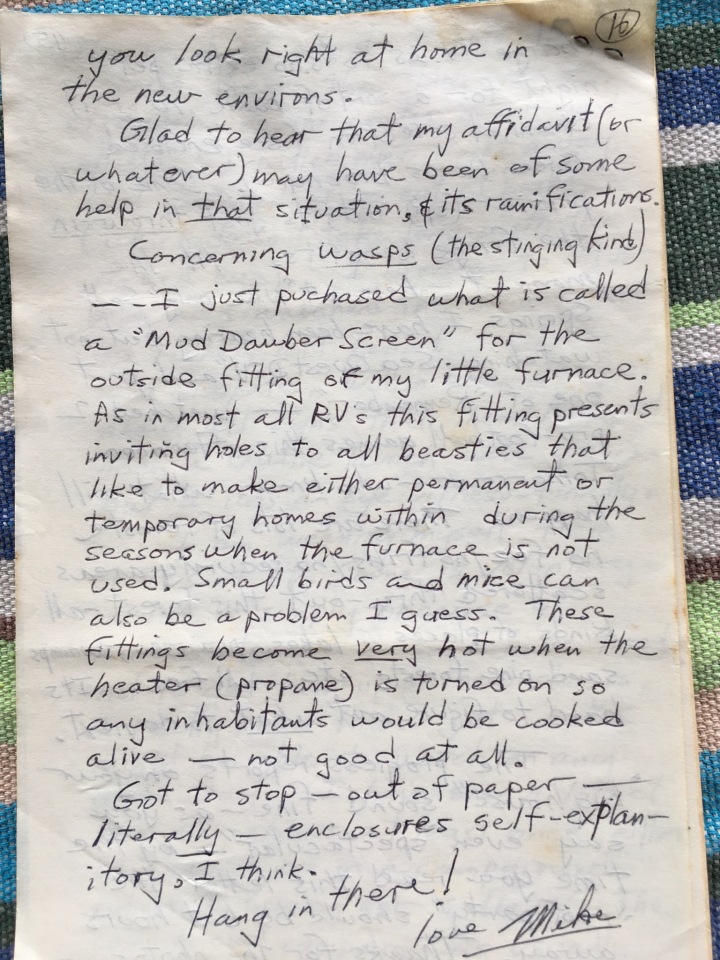 It seems that part of the compensation Mike received for his acting skills in the role of Lee Harvey Oswald was the promise of career advancement for his children.  One of them calls herself Nikki. 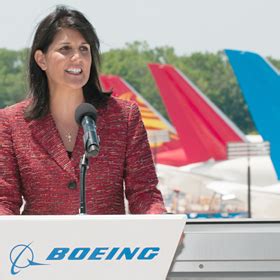 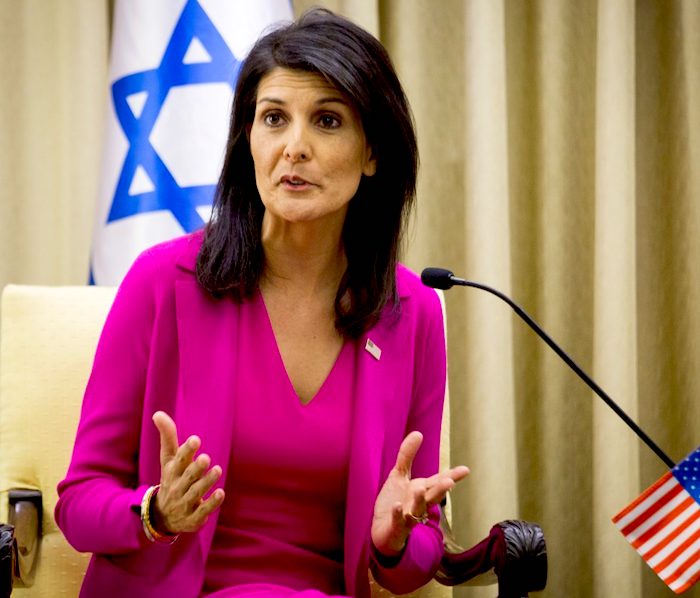 In 2019 Nikki Haley, 47, former South Carolina governor was nominated as a director ahead of aerospace giant Boeing’s annual meeting on April 29. Securing the post, which pays upwards of $315,000 annually in cash and shares, was one of Haley’s first moves after leaving the Trump administration for the private sector.

The Federal Reserve has been providing cheap money to a number of major companies, including Boeing. The recent reports are that the overnight repo money is being used to asset strip healthy businesses. Repo is supposed to be an overnight Federal Reserve loan to banks.  This money, at best is a check kiting opportunity; at worst, is simply not paid back at all, but either way, it’s blatant money printing for insiders to use.

Boeing has been given a multi billion dollar loan by a consortium of banks and  stock prices have risen even after all the recent Boeing bad news. How so?

The method is for top management to reward themselves with stock, in addition to their cash salaries and expenses. Then large loans are taken on by the company under this same management team, the borrowed money is then used by them for “stock buybacks” from themselves. They might even be using the loan money to pay out higher dividends, which also artificially boosts stock prices. They sell their own stock to the company, at top dollar value, then cancel out the stock, all allegedly in order to artificially drive up the stock prices on the public market, which is supposed to be good for the company.

Of course this excuse, called ‘financial engineering’, sounds sort of okay if you want to indulge thieves. If not, then it’s obvious that management insiders have asset stripped the company and that this will certainly lead to a complete collapse of stock prices after these employees are finished selling their own shares back to their own businesses at the most expensive prices possible.

Management pays themselves with borrowed money, leaves shareholders to foot the bill, removing the cash cushion from balance sheets, then something like a worldwide plague comes along and the company’s chances of surviving the downturn are diminished. Maybe this is supposed to be the final blow to the US economy, however…a closer look at Boeing subsidiaries reveals that they have the surveillance and EMP technology that includes all the advanced electronic surveillance, data collection and electromagnetic warfare that’s been given away already. This includes microwave beam technology, which somehow never managed to get to our soldiers, but always made it’s way to the IDF.

All online articles about Electronic Warfare make as if it only affects equipment and not humans. It’s the effect on humans that are kept secret.

The article on Electronic Warfare at Wikipedia linked here, is very interesting because it also includes a historical incident that reeks of treason by a Russian General, in favor of the Japanese enemy, exactly the kind of treason that has been experienced by US soldiers many times.

“The earliest documented consideration of EW (Electronic Warfare) was during the Russo-Japanese War of 1904-1905. The Japanese auxiliary cruiser, Shinano Maru, had located the Russian Baltic Fleet in Tsushima Strait, and was communicating the fleet’s location by “wireless” to the Imperial Japanese Fleet HQ. The captain of the Russian warship, Orel, requested permission to disrupt the Japanese communications link by attempting to transmit a stronger radio signal over the Shinano Maru’s signal hoping to distort the Japanese signal at the receiving end.

Russian Admiral Zinovy Rozhestvensky refused the advice and denied the Orel permission to electronically jam the enemy, which in those circumstances might have proved invaluable. The intelligence the Japanese gained ultimately led to the decisive Battle of Tsushima. The battle was humiliating for Russia. The Russian navy lost all their battleships and most of its cruisers and destroyers. These staggering losses effectively ended the Russo-Japanese War in Japan’s favor. 4,380 Russians were killed and 5,917 were captured, including two admirals, with a further 1,862 interned.”

Boeing has a subsidiary called Dillon, Inc., which somehow led me to  Argon, Inc.

and the Argon Wikipedia article will suggest related articles and then you’ll dive deeper into Pentagon sources, and use of this technology by the Jews against Syria in 2007, linked at the end of this article.

The problem with Boeing’s “diverse” board of directors is that it features representatives of every nation whose government secretly or openly despises America. And of course all this technology is “shared” (given away at our expense) with all our diverse so called  ‘allies’.

There are some people who are simply addicted to stealing and spying and Boeing looks like their hangout so it may be kind of fun watching Boeing sink under the weight of it’s diverse and immensely unqualified management/spy team.

I get many questions from people about electronic warfare against targeted individuals but this is not  my area of experience, unless the definition of electronic warfare includes the use of soldiers for internet censorship, trolling and stalking as wartime  “information management”. There are few nations on earth that are not targeting Americans with the constant irritation of vulgar language, unwanted social divisions and fomenting violence against us in social media, yet American military doesn’t inflict this type of warfare on anyone else and hopefully never will. We could use some truth, however.

General Mark Miley has addressed the problem sort of. While our technology was being “shared” with our enemies all over the world, our own military was strategically left with nothing. This was mostly accomplished by the traitorous Obamas, but thankfully has already been corrected by  the Trump team.

General Miley wrote that his  philosophy “reflects a shift in focus from individual platforms to a broader approach.”  That includes new sensor capabilities, information management, which covers a lot of possibilities, and methods to “utilize the Electromagnetic Spectrum as a weapon. Efforts are also underway to better assess the readiness of the Joint Force to operate in spectrally-contested environments,” Gen. Mark Milley, wrote in July.

As for biological warfare, I feel compelled to say  that  I’ve been suffering from lung symptoms since Arlene’s house and whatever I breathed in while there. I tend to believe reporting that this corona virus has already been reported for several years in the USA, killing some and leaving some patients with permanent damage. In fact, I myself may have caught it already since something with the same symptoms, difficulty breathing, fever, coughing, has already made the rounds in my family. I can tell you that I felt like I was going to die when I had it, or something like it. It was far worse than any flu I’ve ever had.

I finally, recently  successfully cleared my lungs from whatever was making me cough by smoking a small amount of an herbal mixture that includes fresh, dried tobacco leaf from my garden (PLEASE NEVER EVER SMOKE PACKAGED CIGARETTES!!!), together with a fuzzy leafed plant called ‘mullein’ and any other dried herb that helps these two herbs burn. Many people recommend mild cannabis buds, where it’s legal, but any aromatic smokeable dried herb will do.  You can adjust this mixture to your liking, but the organic, dried tobacco is what makes it effective.  The tobacco leaf needs to cure until the bitter taste disappears, and only a small amount is needed because it can make you dizzy at first. It’s been very effective at cleaning out the infection in my lungs and sinuses.  Long before  tobbaco was allowed to be legally poisoned with additives, it was used as medicine and is not harmful at all. Just grow your own without pesticides.  I hope this information helps somehow.