My last post was severely interfered with, the subject being 5-G technology.  I completely lost control of my iPhone keyboard, which refused to give me capital letters for FCC or allow me to complete the title which I left at “5g Should”.  My phone begins to type nonsense on its own.

“5-Xi” should be looked at carefully.  This censorship while I’m typing about it underlines my point.  I also feel surges of electricity from the phone during these episodes.  This makes my fingers ache and go numb. I can’t say if there’s a connection though.

The problem with the House of Saud is that anything we read about them is likely to be a lie, for example, I’m not buying this one:

“Both the Kings two eldest sons, Prince Fahd bin Salman and Prince Ahmad bin Salman, died of heart conditions, in 2001 and 2002 respectively. His son, Prince Sultan bin Salman became the first person of royal ancestry, Arab and Muslim to ever fly in outer space. The Prince flew aboard the Space Shuttle Discovery [STS-51-G] in June 1985; a notable achievement in the history of the Kingdom.”

See what happens when you coddle liars.   The lies get bolder and more dangerous.

Because they control our media, what they do matters to us a lot.

They’ve used their influence with previous administrations to obtain arms manufactured in the United States, about the only industry that was allowed to remain here.  That’s convenient for blaming Americans when bombs all over the world are marked “made in USA”. The manufacturers leave out  “by foreign mafia-owned global conglomerates”.  Takes up too much space.

The FBI has cited Papadopoulos as the reason the bureau officially began the politically motivated Trump-Russia investigation, known as Crossfire Hurricane, on July 31, 2016.

The culprits turn out to be foreign intelligence operations.  All of them Allies of course, right.

The FBI said that Australian diplomats, who talked with Papadopoulos in London, told U.S. government officials that Papadopoulos said Ukraine had damaging information about Hillary Clinton.

With that chain of drunken gossip as evidence, the FBI reportedly sent secret agent “Azra Turk” to London and also used other secret agents from random nations to set up the President for impeachment.

It’s becoming obvious that one of them was Papadopoulos himself in circular logic.

The Chalet Report at Chaletbooks.com.

has an interesting recent analysis and ongoing investigation into George Papadopolis, pointing out the many questionable claims that he’s made.

The conclusion is that Papadopoulos was also a secret agent cooperating with the coup attempt.  Not only is he looking more and more like a military industrial complex secret agent plant to make Trump look bad, but he also seems to be the Saudi Prince Muhammad Bin Salman.

Put that question aside for a moment and let’s take a look at what’s inside the vessel called Muhammad Bin Salman or MBS. What we find is the Zionist Agenda.  Use of three letter initials for media darling characters is so typical of this Progressive Political Insurgency of the Slim families.

“Muhammad bin Salman leads the Saudi-led intervention in Yemen against the Houthi rebels, who in 2015 seized Sana’a and ousted the Saudi-backed Hadi government.”

”Iran “must be hit hard” according to an editorial published yesterday by the Prince Turki bin Salman owned Arab News. The popular news site is urging the US to take military action against Iran, in what has been a recent escalation in enmities between the Saudi Royal Family and Iran.”

The newly appointed King Salman issued the statement “His Highness Salman bin Abdulaziz Al Saud and all members of the family and the nation mourn Custodian of the Two Holy Mosques King Abdullah bin Abdulaziz, who passed away at exactly 1am this morning.”

He appointed Prince Muqrin as the Crown Prince.”

Crown Prince Muqrin is Macron, apparently the father of the President of France.

“Bin Salman was appointed head of the Council for Economic and Development Affairs (CEDA).”

The King handed full control to his appointees.

In a later reshuffle to the cabinet, King Salman appointed Mohammed bin Nayef as Crown Prince, and his son Mohammed as the Deputy Crown Prince. The Princes attended President Obama’s Camp David summit in May 2015 as representatives of the King…”

Now I’m introducing some photos from Arlene’s collection of memorabilia from the Monterrey Jazz Festival, the birthplace of Clowns in Hollywood.  These are  dot connections between those who now own our media, and those  who’ve been stealing our intellectual property, especially music and movies. 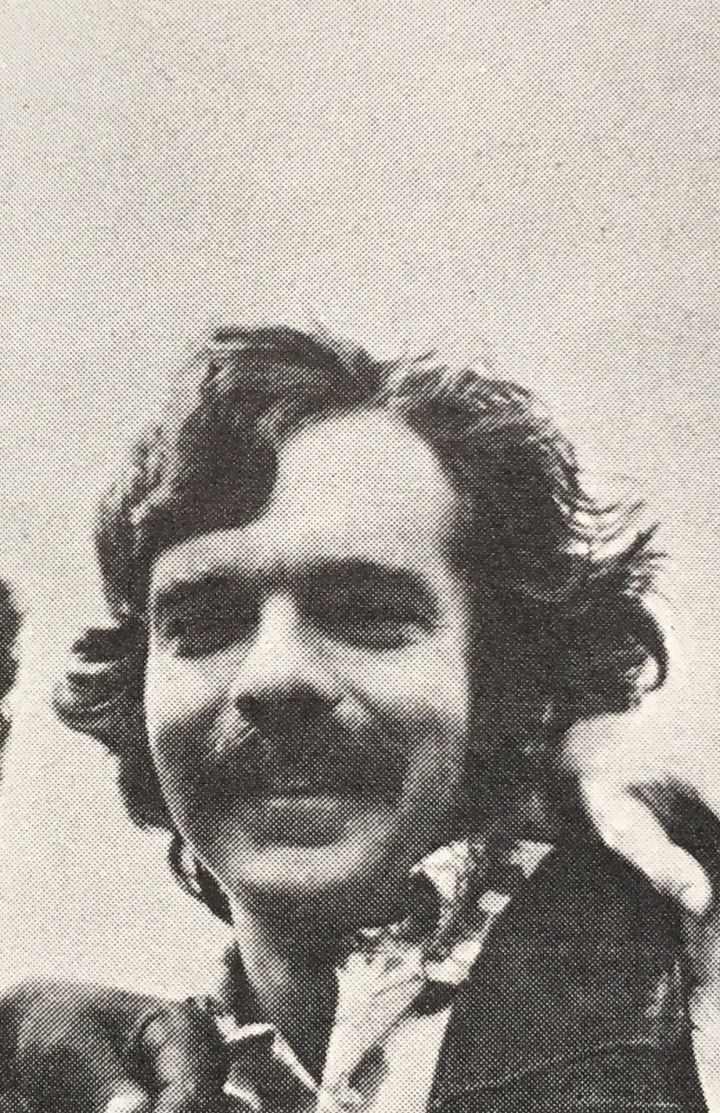 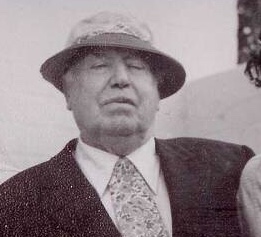 Evidently, Muhammad Bin Salman is the new owner of America’s media, but that hasn’t helped Trump at all.

Quote from the report:

“That’s right: The Ritz-Carlton Riyadh was requisitioned over the weekend to house the princes, government ministers, and members of the military who were arrested by a new anti-corruption committee helmed by 32-year-old Crown Prince Mohammed bin Salman, whose rapid rise and consolidation of power has raised eyebrows in the kingdom and around the world. Included in the group of detainees is billionaire Prince Alwaleed bin Talal, whose net worth of about $10 billion makes him one of the world’s wealthiest men.

On Monday images and videos began to appear on Twitter of the Ritz-Carlton’s ballroom B, which appears to have been set up with floor mats and flowery blankets. A machine gun rests against one wall.”

Sure sounds bogus to have a machine gun leaning against the wall in a room full of hostages.

This image was published with the story:

Whatever actually happened I don’t know for certain, but the media reports certainly attempted to connect this event with President Donald Trump.  I can’t see any connection other than his public support for the Princes’ anti-corruption efforts, because the Saudi government had legally arrested the suspects.

Bin Talal has his own YouTube channel, the last posts were made two months ago.

The photo of Trump was included in this montage to give a false impression that he was giving orders or had anything to do with operations.  There’s no actual evidence of that.

Now two years later, we’re experiencing a full frontal attack on every single one of us by the media, controlled by The House of Saud. What we’re seeing in the news and in politics are their chosen political insurgents. Everything else is censored out.  Trump is their main target, along with conservatives, Christians and Catholics.

The Chalet Reports most recent posts include some important details about George Papadopoulos, but the first Chalet reports back in 2015 are focused on North African King Hussein giving his officers Scientology training.  The name Fink caught my eye.  A psychochemical researcher is what he’s called.

Here’s the quote from Chalet Report:

“Another person prominently at New York Medical College (NYMC) at the time, as Professor of Psychiatry and director of the psychiatry department’s Biological-Psychiatry Division, was Dr. Max Fink.

Investigative author H. P. Albarelli, Jr., in his book “A Secret Order, has identified Fink among a group of “covert contractors with the CIA’s MK/ULTRA and ARTICHOKE projects.”

Albarelli says that members of this group “were considered at the time to be the creme-de-la-créme of psychochemical researchers, and all were wittingly under contract with the CIA, U.S. Army, or U.S. Navy to perform extensive research for the government, often using unwitting subjects in highly abusive, sometimes barbaric situations.”

Fink had experimented on human beings in almost every major field of mind manipulation that the CIA tried in its decades-long mania to create a “Manchurian Candidate,” including insulin comas and heavy psychotropic drugs. Fink’s true specialty, though, was electroconvulsive shock—euphemistically known as ECT. CIA documents released under the Freedom of Information Act have described use of electroconvulsive shock in combination with drugs such as imipramine, chlorpromazine, amobarbital, opiates, cannabis, and LSD, all drugs that Fink has described experiments with.

Here’s Fink himself in an interview with David Healy on the subject of Fink’s activities at New York Medical College at the time of Dincalci’s attendance there in 1968:

I equipped an EEG laboratory, put an air conditioner in the wall, and hired a nurse from the New York Medical College . . . The work was done between 1968 and 1972.
Around this time period, Fink was recognized as “the principal NIMH grantholder in convulsive” electric shocks, and a leading authority on the subject, which would have qualified him to place high in the CIA hierarchy of MK-ULTRA psychotechnicians.”

“Out of this…incubator at New York Medical College, 1968, Jim Dincalci was reborn in 1972 as a Scientologist, who purportedly was personal Medical Officer, confidant, traveling companion, and ultimately even roommate to L. Ron Hubbard—according to Dincalci. In late 1972, while the alleged Scientology sec-checking missions (there are claims of two of them) supposedly were taking place with the Muslim royal intelligence forces of King Hassan II in Rabat, Dincalci says that he was making runs from Lisbon, Portugal, to Tangier, Morocco, to see Hubbard at Villa Laure—at least that’s Dincalci’s story…”. 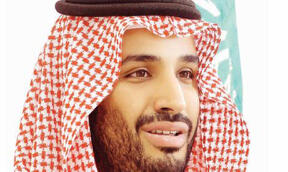