Here we have Putin talking to Trump about extradition of convicted criminals who are being protected by rogue governments where they commit more crimes and spread corruption:

“For instance, we can bring up Mr. Browder in this particular case. Business associates of Mr. Browder have earned over $1.5 billion in Russia. They never paid any taxes, neither in Russia nor in the United States, and yet the money escaped the country. They were transferred to the United States. They sent a huge amount of money, $400 million as a contribution to the campaign of Hillary Clinton.

“Well, that’s the personal case. It might have been legal, the contribution itself. But the way the money was earned was illegal. So we have a solid reason to believe that some intelligence officers accompanied and guided these transactions. So we have an interest of questioning them.”

Bad news for Browder is that Putin and Trump were successful in getting a Good Guy elected to Interpol leadership. The previous one was arrested for bribery.

We know that the new Vice President of International Police, Interpol, is a Good Guy because Khodorkofsky’s “New Russia” organization is calling him a Bad Guy and a “human rights violator”.  That’s news from November of 2018.

Alexander Prokopchuk was appointed INTERPOL Vice-President. This major victory for Russia is a grave blow to Russia’s enemies, according to the New Russia website.

Khodorkovsky’s website states that “Russia is increasingly hunting via this vital international policing agency. The alarm over such an appointment, it should be stressed, would not only be because of the 56-year-old Prokopchuk’s nationality. As Head of the Russian branch of INTERPOL until 2016, Prokopchuk would have been directly implicated in a huge number of Red Notices issued against people whom Russia is trying to prosecute”.

Red Notices are used to warrant handing individuals over to Russia not only by other former Soviet republics, but by the USA.

Prokopchuk has been in the Russian law enforcement bodies since 1996 and holds the rank of Police Major General. He was first appointed Deputy Head of the Russian Office of INTERPOL in 2006, becoming its Head on 14 June 2011. He only left this post when he became Vice-President of INTERPOL on 10 November 2016.

No wonder Carter Page’s photos won’t upload, which is his stamp of spy authenticity.  He’s burning on that identity.

Russian, American, British, Australian and of course Israeli oligarchs are all the same people, each with several identities provided for them by the tax payer funded Five Eye crime syndicate that calls itself the “Intelligence Community”, ironically enough.

By spending a ridiculous amount of time watching documentaries on Australian fraud cases, a pattern appears.  This started out because I see this same face in so many different places online and it’s the face that we would know as the US Naval Officer, Carter Page.  Just so happens that his early career had a start in Australia,

Sometimes his eyes are dilated and round, sometimes they are squinting. He’s bald and then has wigs, making him young and old. He’s Jewish, he’s not.

His nose is camouflaged with brown makeup pencil  to give the appearance of a thinner nose, replacing highlights with shadow.

Dentures exaggerate the teeth and enlarge the smile.

Here he appears as the older education minister in Israel, all worried that Jews are marrying non-Jews and thereby messing up his schemes of Jewish domination.

As Rafi Peretz, this charlatan is declaring yet another Jewish Holocaust, this one in America, caused by Jews marrying outside their race.  6,000,000 Jews lost, he declared, yet again. Now where did I put those Jews, I just had them.

Even the uncircumcised Bibi Netanyahu agrees that Jews marrying outside their race is a problem.  I know about that because we were married.  The Old Testament Moses, the Jew’s favorite character, had nothing good to say about the uncircumcised.

With so many unsavory characters appearing lately connected to Epstein, even Bibi is looking good by comparison.

The fact is, however, that the Old Testament prophets tell us to circumsize our hearts. In other words, it’s more important to have compassion for others than to follow superficial laws such as circumcision.  So I’ll say that in Bibi’s defense, since he helped nurse my leg back to health when I was surely developing gangrene, thanks to an incompetent (on purpose?) doctor. That was long ago, though not forgotten, and I’ll get to that doctor’s identity  eventually.

Let’s focus on Bibi’s Minister of Education, who calls himself Rafi Peretz.

Watching Rafi in all the disguises, his personality begins to take consistent shape. His mouth is a bit lopsided when he talks. His head tilts up as a camouflage when photographed or filmed.

His ears are consistent throughout his scamming career, which has left a legion of victims, and enemies, and filled his bank accounts with their millions.

Here he appears as Nevzlin, the Russian business partner of Khodorkovsky and friend of Browder. Nevzlin lives in Telaviv, at the Waldorf Astoria Tower, reportedly.

49-year-old Hamish McLaren was arrested in 2017 after multiple fraudulent investment schemes were revealed. Investments in currency, gold and shares in a Papua, New Guinea gold mine, among others. He scammed the savings of many hardworking people.  He always used personal friends as victims, even, like Bibi,  marrying one of his targets.  Then he had an affair with the 16 year old girlfriend of his stepson, was discovered and so left his wife with over a million dollars of his debt.

McLaren pretended to be a practising barrister, a graduate of Harvard business school, and used a number of aliases including Hamish Watson, Hamish Maxwell and Max Tavita. Sentenced to 29 years, apparently not served because he’s everywhere else except in prison and no attempt made to recover the stolen millions.  One comment was that Hamish means ‘fake’ in Hungarian.

I have a collection here of the various identities he uses:

This one is the notorious Hamish Mclaren.

Serge Benhayon looks like the younger Hamish in the 1990’s.  Benhayon in Australia, destroys the lives and families of cancer patients,  by convincing them that he should have all the inheritance instead of the children.  The photo and articles about his phony medical cult won’t copy and paste, his trademark stamp that says, yes, this is one of the identities he uses and has the power to censor. You can do a search now that you have key words.

In the photo below he hams it up as  the alleged victim of poisoning in London, calling himself an ex Russian spy named Litvinenko.  Amazing how many spies are no longer spies.  Certainly a spy would never lie about that, right?  Doesn’t he really, really look sickly here? He gets an A for effort. Of course he says Putin did it.

Another identity which I think is used by this man is Alexander Mercouris, the editor of the Duran Project. You can see him being interviewed in any of the Duran fake “Conservative” news videos on YouTube and on their website.

The editor of the Duran website calls himself Alexander Mercouris, who in 2012 was disbarred as an attorney in London. Mercouris is always interviewed by Alex Christoforou, a man who has a resemblance to Shamil, the Chechen terrorist in whom Berezofsky ‘invested’ over a million dollars.

Duran is owned by the Cyprus based DRN Media PLC. Moscow native (although he has a perfect American accent) Alex Christoforou is the President and Chairman of DRN Media PLC.

More on Shamil at the end of the article.

It’s reported that around 30 journalists have already been killed for writing about Berezofsky and fellow fugitive William Browder.

They always call their enemies “human rights violators” because they violated the rights of criminals to defraud humans.

Congress has been cooperating with many  thieves and murderers in Russia to destroy America.

America’s leading news organizations are now owned by Browder and Berezovsky’s closest associates. Berezovsky is one of the largest donors to both the Democratic and Republican parties. We now witnessing  the massive damage that Berezovsky and his mafia associates did to the U.S. economy while Berezovsky was a Russian “exile”.
*********
Khlebnikov reported in his book, referenced in the previous article, that Berezofsky built his  business empire in partnership with the Mogilevich organization.

Mogilivich is cited in a court document shown below,  as the father of the spy called Felix Sater who was planted inside Trump’s campaign. He was also, under the name Kai Robson, the Real Estate agent hired to handle the sale of Arlene’s house. He and his mother both worked and lived here on the Big Island, but Kai’s photo has been switched out in his advertising.

His mother picked up as many photos in the house as she could find, especially that of Linda Rattray. Rattray is ‘Jane Curtin”’ of early Saturday Night Live, as I mentioned before.  She was the person most responsible for Arlene’s estate, which included the Disney cells, the collection of drawings that make up the Disney cartoons made by Arlene’s father. Those cells went missing after Arlene’s death.

Semion Mogilevich is called  “the most dangerous mobster in the world”. A Chechen organized crime boss of notorious terrorists, they were trained by U.S. military contractors who took their orders from the oligarchs in Washington DC.

Berezovsky admitted to investing more than $1 million with a Chechen terrorist named Shamil Basaev. In 2004, Basaev led a horrific terrorist attack on an elementary school in Beslan. 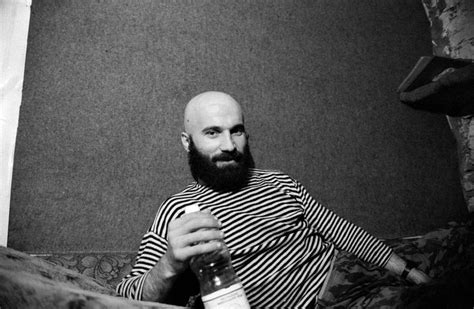 None dare call it collision.