Following are pages from the 1973 guest register of a remote Rest House at the top of Mauna loa Volcano. It’s bone chilling to realize that this entry describes a young man being brought out to be hunted.

I only now have noticed that this tablet provides evidence as to how long human hunting has been going on. Please read this first page. He meets someone who may have just delivered the victim. Now he’s trying to leave the area and he’s lost.

He assumes that two teenage boys are with their parents. The two are being followed by several Jeep loads of hunters. The older boy tried to get attention. 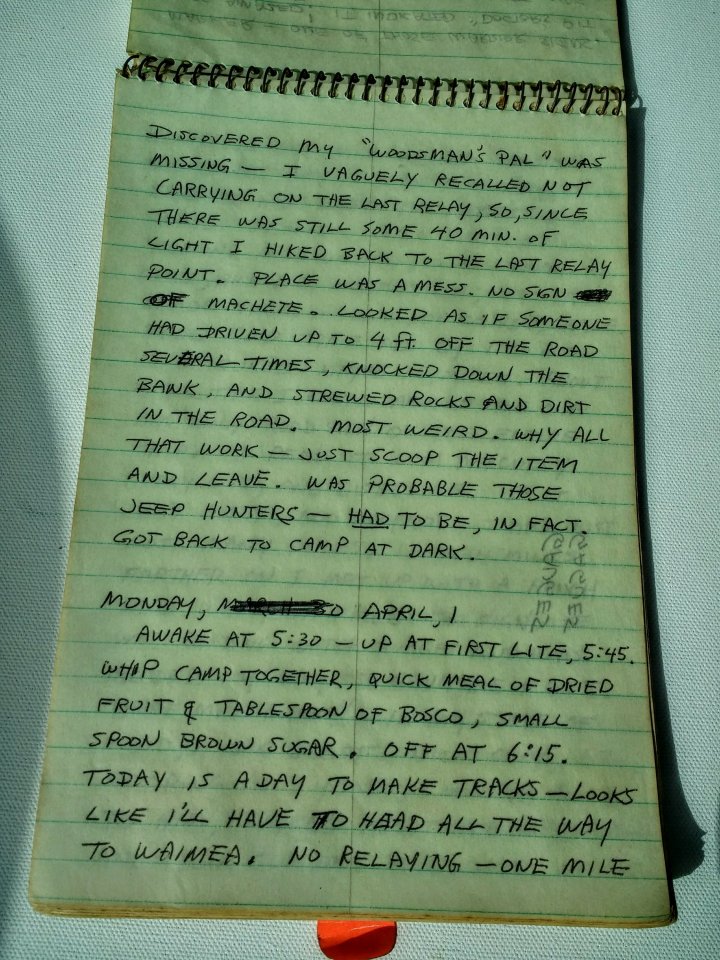 His description of Douglas Monument is eerie and includes the sounds of Hawaiian chanting. The gates are locked.

There are many other short entries, then the Park ranger in a later entry signs his name as William Fink. That is the maiden name of Estella, Bibi Netanyahu’s grandmother.